It’s not often that Google releases data regarding Android’s distribution numbers, but whenever it does it reveals quite a bit about how users are interacting with Android OS in the first place. It’s been three years since the last dashboard was released in 2018, but it seems that Google has waited long enough and has decided to release data that would put into perspective what some of the most popular versions of Android currently are because of the fact that this is the sort of thing that could potentially end up allowing users to better decide which versions they themselves want to use as well.You would need to check Android Studio if you want to end up seeing the report, but with all of that having been said and now out of the way it is important to note that the latest version of Android, unlike Apple's iOS, is not necessarily the most popular at least right now. While the numbers for Android 12 have not been released yet, one thing that a lot of people might notice is that Android 10 is still the most popular version of the mobile operating system with all things having been considered and taken into account.It has a 26.5% share of the total Android market, with Android 11 coming in with 24.3%. That makes it likely that Android 12 adoption rates are relatively low as well. This reveals a relatively pervasive problem in the world of Android which is that many users prefer not to download newer versions, instead preferring to continue using the older versions which they might have gotten used to over the years.A great example of this can be seen with 18.2% of Android users still using Android 9 also called Pie, and 13.7% are even using Oreo which was the name given to the 8th version of Android. However, it should also be kept in mind that people are often slow to adopt newer versions of operating systems regardless of the type of device that they might be using at that precise moment, and that’s something that can impact the speed at which newer versions of Android become available. It will be interesting to see what the numbers look like for Android 12 in a few years when Google finally decides to release all the data regarding the latest version of their operating system which would likely be quite dated by then. 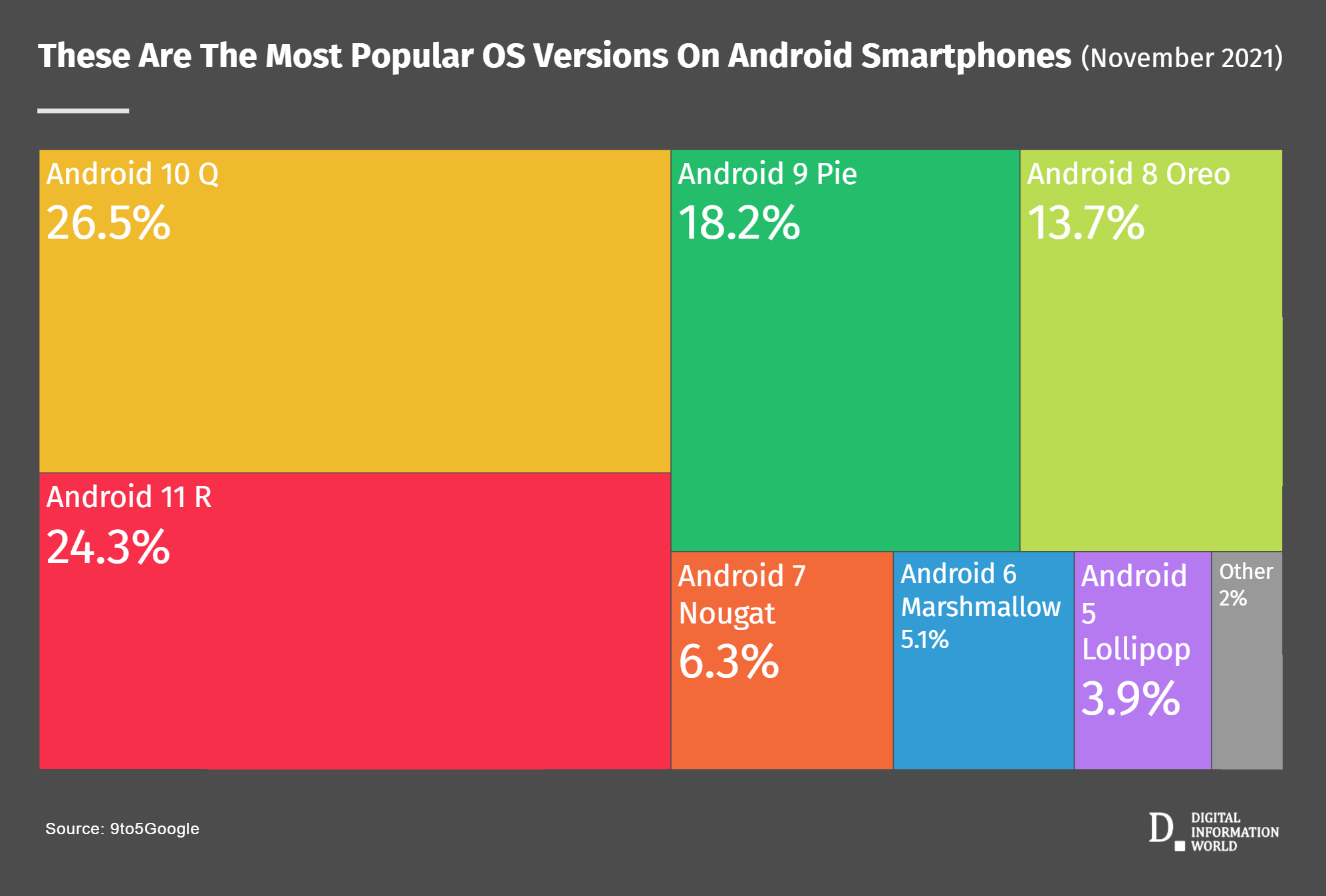 H/T: 9to5G.
Read next: Phubbing! The term may be new but there are chances that you are one of them too