Twitter Is Pushing Forward With More Brand Friendly Features, Along With A Change To Its Ad Displaying Algorithm

Twitter is working on new features that brands on the platform can utilize in order to effectively advertising themselves.Before we discuss new features on the horizon, let's take a look at the way Twitter's advertising algorithm is going to be changed. Yes, along with all of the advertising forward features we'll be discussing, Twitter's also going to change the way it's algorithm delivers advertising campaigns to its userbase. Starting onwards, ad campaigns will start out by reaching a larger group of individuals than the norm. From there on, based on interaction and user feedback, the pool will be narrowed down, finally choosing to focus on individuals that have displayed any form of interest. This way, the likelihood that users will be interested in purchasing something from the advertising brand is higher than normal. Also, most users that experience ads they don't like will also be spared the sight once the pool narrows down.Now, let's move on to the features, with the first one pertaining to ads for applications. According to a Twitter blog post, its devs are working on a feature where if users encounter ads promoting them to download an application off of the Play Store or the App Store, the ad will also allow those users to download said app without leaving the platform. The advertisement will in and of itself also act as a download button, which is a rather convenient move to make. Users will probably be more likely to impulsively download new applications as well, simply due to the fact that the entire process is made that much easier now. 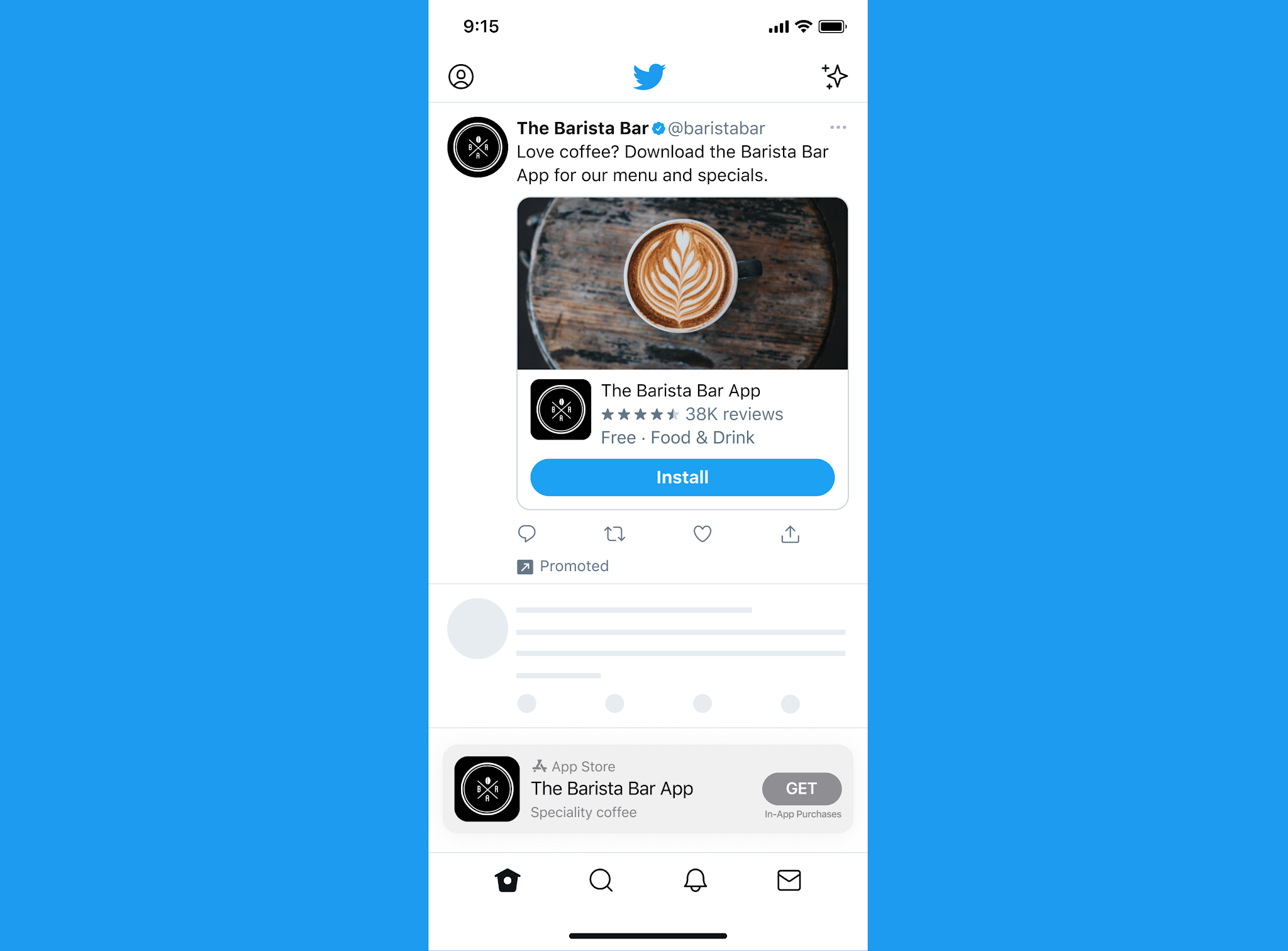 Brands and users in general can now also make slideshow advertisements. These will consist of multiple different images for each slides, letting users get a more comprehensive feel for what it a particular brand's niche is. However, there's more than just images. Each specific slide can link itself to a completely different webpage, whereas previously only one website could be linked. This way, users can be much more easily connected to brand catalogues, specific products, contact details, and even different offshoot brands and/or companies.Advertisement is a massive marketplace, and has been since as long as anyone can remember. In our current digital age, its importance cannot be downplayed, considering just how much revenue is to be made from the aforementioned practices. Twitter even suspects that all of this behavior could lead the company to doubling it's current revenue by 2023, in just two years. Ads also help platforms maintain relevancy nowadays, even if they're ultimately annoying to the community at large.Read next: Twitter Is Adding More Features To Its Blue Subscription Service, And Is Introducing More Users To Spaces