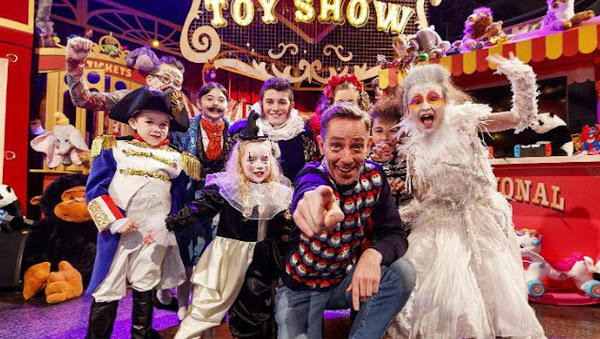 This year’s Late Late Toy Show, one of Ireland’s most popular festive children’s programs, had a special launch in 2020 thanks to director Dermot Malone and production company Banjoman. A 90-sec version of a new short film, ‘A Little Christmas Love’ was broadcast to millions of viewers on Friday evening, to let them know it would still be going ahead this year without fail.

The Late Late Toy Show is an annual, special edition of the Irish late-night chat show The Late Late Show. Airing annually on RTÉ One, the Toy Show showcases the popular toys of the year, as presented by the host (currently Ryan Tubridy) and demonstrated by various children on-stage, along with appearances by celebrity guests. The show has been so successful it actually extends far further than the Irish market. Canadian sports journalist Ariel Helwani even tweeted the promo this year, hailing this and the John Lewis Christmas advert as two of the best international festive events.

The 90-sec trailer is also supported by a 3-minute short film created especially for the event. 2020 has been a challenging year for all, but for many children it has meant being separated from friends for months on end. This short film focuses on the story of Eva, who is usually getting ready at this time of year to watch the Late Late Toy Show in her pyjamas with friends. However a dodgy wifi connection reminds her this year won’t quite be the same and it certainly won’t be shared with friends - a prospect that fills her with sadness. Her big brother Rob, whilst struggling with the restrictions of lockdowns himself, sees her playback an old video of her and her friends enjoying the show and gets an idea. Putting his own struggles aside he makes a grand gesture for his little sister - one that will bring her and her friends together safely on the night.

Director Dermot Malone comments: “The Late Late Toy Show is an Irish institution and this year I felt people will be looking to it for a beacon of normality and Christmas spirit. The goal was to create something cinematic and warm that would precursor the upcoming show, not just an ad but a short film that would resonate with all ages. The brief was actually for a father-daughter story but I suggested approaching it a little differently. I have a younger sister that I adore, she’s not nine anymore but she inspired me. I feel the sibling relationship isn't always one that we see at this time of year but are relationships that will have been particularly important to people during 2020. No matter what age, families come together at Christmas, put their own worries aside to make someone else really happy. That’s what I wanted to capture here.”