Distributed Denial Of Service (DDoS) attacks can be enormously frustrating to deal with, and the truly concerning thing is that they have started to become even more commonplace as of late. The first half of 2021 saw an 11% increase in DDoS attacks when compared to the first half of 2020, and with all of that having been said and now out of the way it is important to note that if things continue at the rate they’re at right now we might see a grand total of 11 million DDoS attacks by the end of the year, as reported by Netscout.This would be the highest number of DDoS attacks in a year, and a major contributor this is the increase in Internet of Things devices that are out there because of the fact that this is the sort of thing that could potentially end up enabling hackers to gain access to parts of your home that they would not have otherwise been able to compromise with all things having been considered and taken into account.Nowadays, DDoS attacks can prevent you from accessing your washing machine or vacuum cleaner, and this is an aspect of the Internet of Things that really needs to start being talked about more because of the immense damage that it can do if it ends up being left unchecked. The increase in DDoS attacks is only going to keep going, and the fact that 5.5 million have occurred in the first half of the year alone is a sign that the problem is going to get a lot worse before we collectively start to take action in order to make it so that that things can end up starting to get a little bit better as time goes by. Remote work certainly doesn’t help matters either in this regard since it makes users even more vulnerable to attacks. 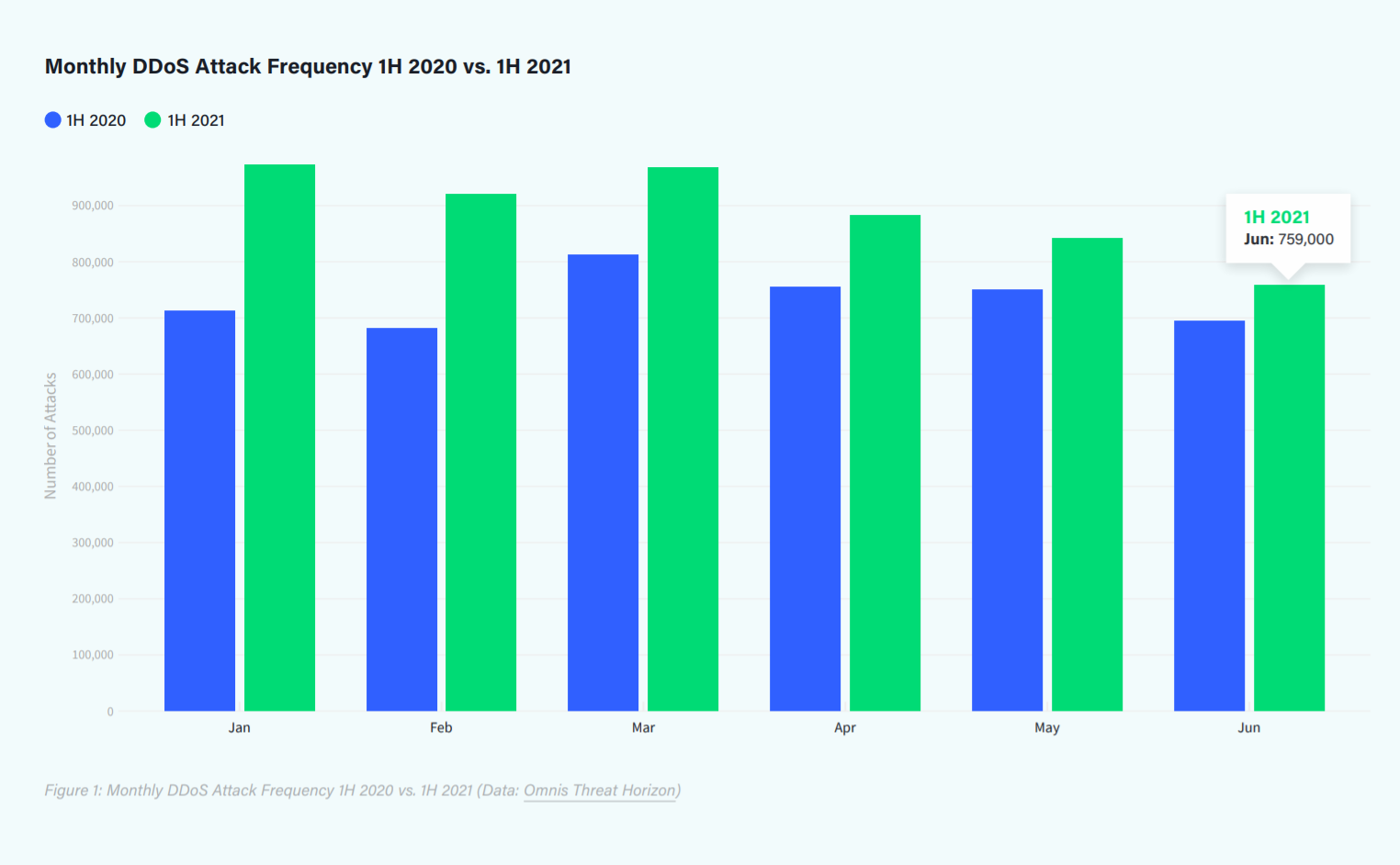 Read next: Some spammy Android app developers are utilizing ads as a path to elude the Google Play Store, confidentially getting installed without the user's authorization