Google comes up with the idea of introducing a unique feature that helps people get entertained without even searching for it. Previously, in the beginning of the year, Google tested a short video carousel feature in between Google Discover feed. After trial and error, (as spotted by Brian Freiesleben) the search giant is now testing it on the Google app for mobile devices, where TikTok and Instagram videos are compiled in separate carousels.To clear out the confusion, shot videos carousel is not similar to Google Stories. Google Stories formerly known as AMP stories launched on Android and iOS operating systems and feature short videos that were posted by big media housing and publishers.In comparison to Google Stories, Short Videos (currently, as they appear on screenshots) are the compilation of relevent videos from other platforms including TikTok or Instagram.Google displays a short video carousel when users scroll down to the Google knowledge base box, and then to the cores, Top News, Twitter Results, Top Results, Photos, Videos, and other content.Instagram and TikTok videos will appear in a row. The main purpose is to retain users on Google as they will be just a tap away to return to the original search page. People will engage more on Google and while searching they can enjoy Instagram and TikTok compiled videos.Though, Google refused to further comment and provide any information regarding the details of the feature. But Google spokesperson has infomred TechCrunch that this feature is rolled for a limited time for now and is only accessible on mobile devices. In the future, if Google plans to expand the feature, it might become a fascinating tool for indexing and browsing top social media videos.For now, only limited users can enjoy this feature on the Google app or web on mobile devices. 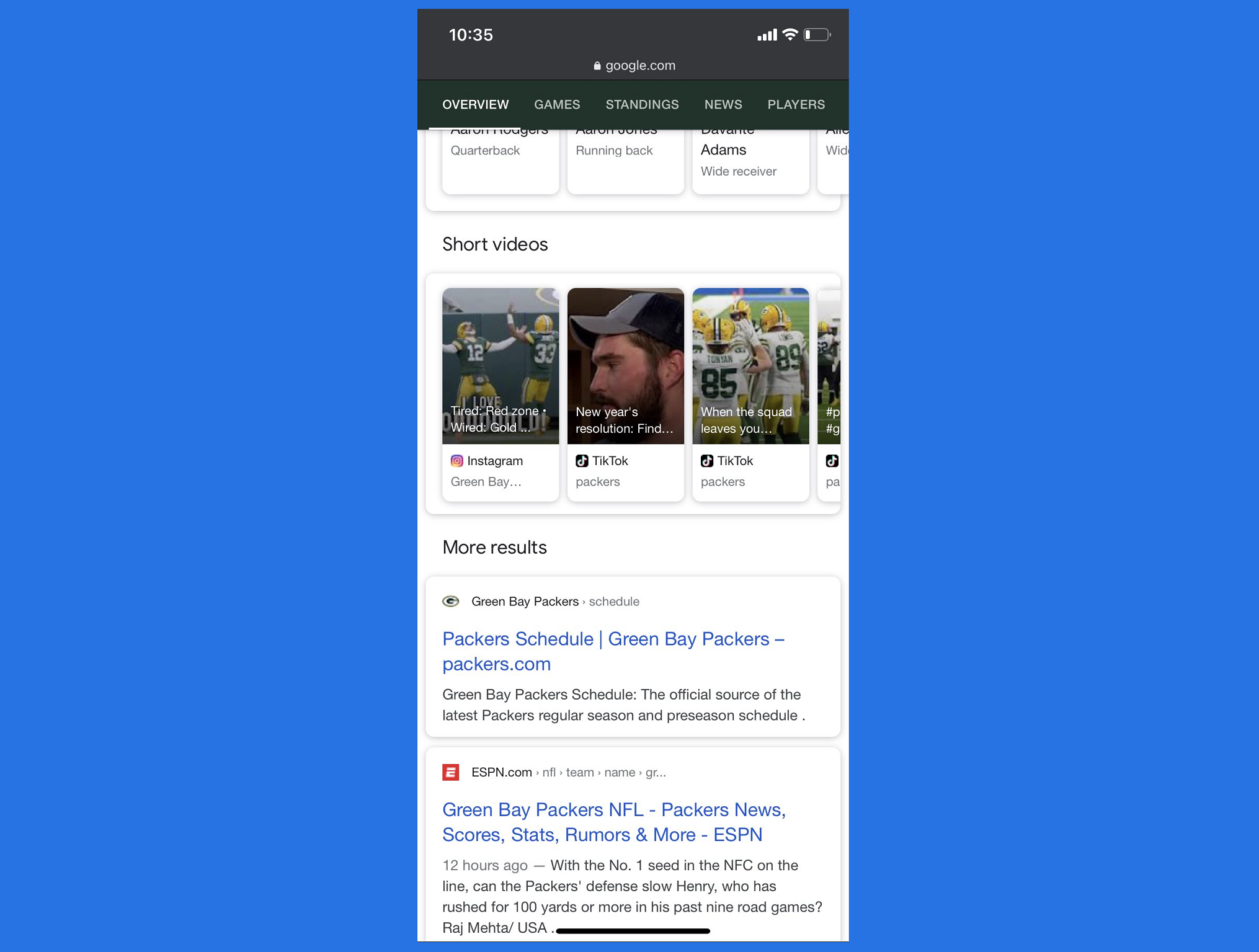 Read next: Google's Subscription Services Found Another Digital Marketplace To Get Users Attention