A report from XDA states that the upcoming Android 12 will be borrowing a page of out Apple’s book. Particularly, this iteration will also be warning users about content copied to the clipboard.Android 12 will be, as the name so succinctly indicates, the 12th major release of the popular and widespread mobile operating software (OS), Android. It should be noted that while this is the 12th in mainline releases, Android 12 is the 19th overall OS release, with versions such as Cupcake (1.5) and KitKat (4.4) serving as both major releases as well as in-between, supplementary products. A slew of 4 betas are expected to launch on a monthly schedule, beginning in May and concluding in August, shortly after which the full build will be accessible to all Android users.Since its announcement via a blog post on the 18th of February, 2021, many netizens and tech aficionados have speculated what this new build might offer in terms of features and technical upgrades. A developer preview was provided soon after the initial announcement, giving users some insight, but what has proved to be most revealing is a recent leak regarding yet another upcoming dev build. Discussed at length by XDA, an online tech journal, quite a few features regarding Android’s future were suddenly thrust into the spotlight.What proves to be particularly interesting, especially in this day and age where reliance upon online protection is paramount, are the newly added security measures. One of them further stands out due to its bearing a rather heavy resemblance with a feature already included in the Apple operating software, iOS. Clipboards, for those users unfamiliar, are a feature found across almost every available mobile device. What they essentially serve to do is copy whatever link or passage a person chooses to highlight, so it may be pasted somewhere else. Nothing too complicated, right? Well, the iOS has added an extra facet to its functionality. Whenever an application or a website has the ability to access and read a clipboard’s contents in order to facilitate pasting (Google’s search bar is a common example of this), a warning prompt will appear to users. While not always helpful, such a prompt proves to be incredibly useful if any unreliable third party apps or websites are being ventured across.Apparently Google's Android seem to agree, as Android 12 is showcasing this very feature, as far as the XDA leaks can be trusted. However, it will be optional in nature, being turned off once a user updates to Android 12 and only being turned on from one’s settings. 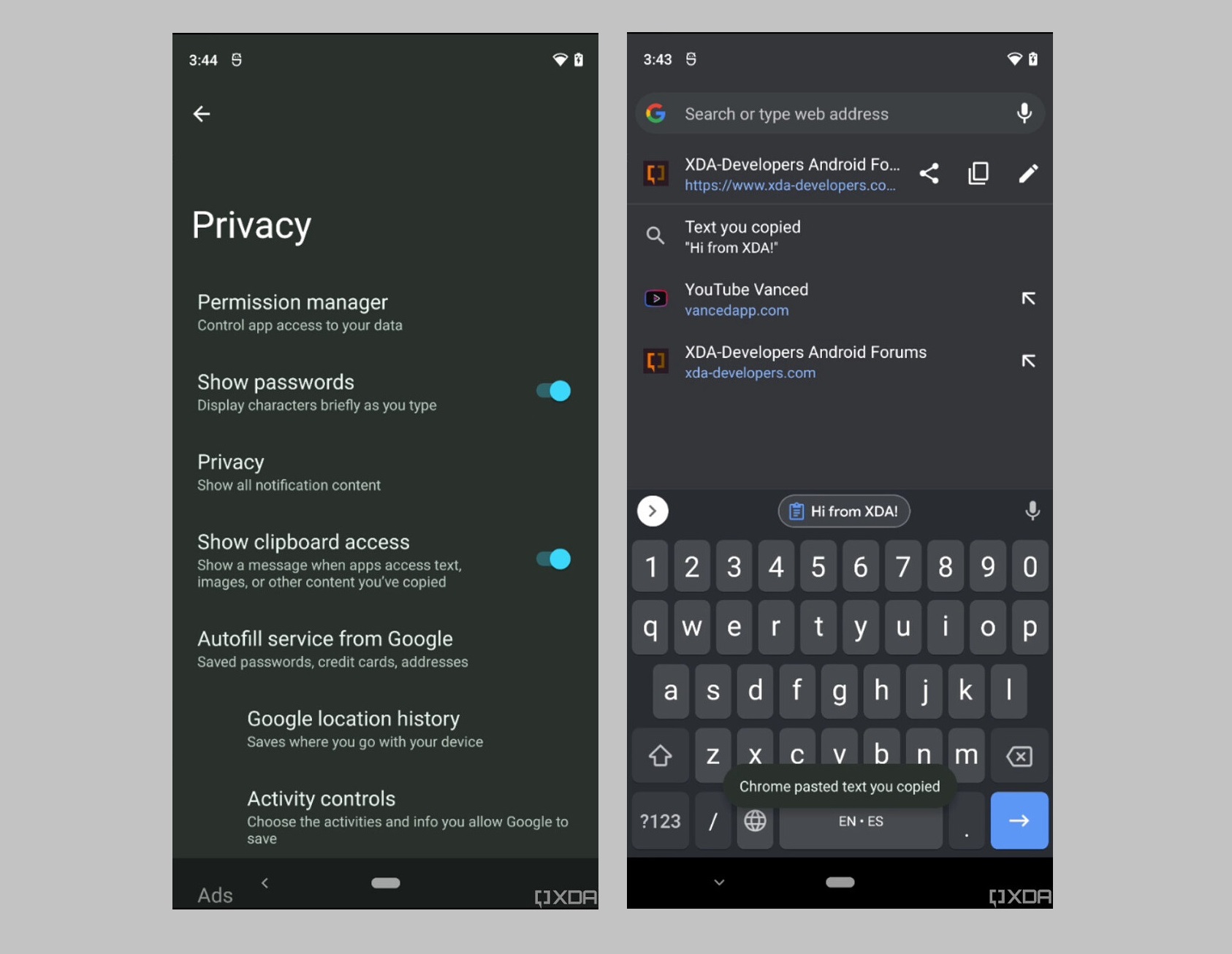 Read next: Android 11+ Apps Will No Longer Be Able To See The Apps Installed On A Device, Says Google