Data published by SensorTower reveals Instagram to be the most downloaded application across Q4 2021, beating TikTok out by a rather impressive margin.TikTok is taking over the world in spades, with the gen Z darling growing its main audience base to include older and more diverse users by the day. Short form videos are seeing continual success across the world, and TikTok is on the front lines, leading the charge. Or, rather, it was leading the charge since recent data would have users believe otherwise. Instagram, another application that’s recognized for its appeal within younger communities of users, has taken over TikTok in terms of worldwide downloads right as 2021 ended, adding a rather dramatic twist to the numbers. Now, we expectantly look at data being revealed in the new year, waiting to see whether or not Instagram will continue to keep the crown, or will have it knocked off as soon as TikTok manages to gain its bearings and amass users back again.

There are a couple of factors that could have contributed to this sudden loss of first place. However, it should also be mentioned that this isn’t the first time TikTok’s ever lost its mass popularity, with Zoom having taken the over from the app in Q2 2020. However, with the pandemic having settled in and literally everyone needing Zoom to conduct school and work, that’s the sort of battle that TikTok was never going to win in the first place. Since then, despite the threat of being blocked and/or restricted across many different countries, the platform’s kept a strong first place with no major detriments to that position. Until this recent change in the status quo in 2021.Coming back to my original point, I believe there are two major points that have led to Instagram surpassing TikTok for the number one spot. The first might just boil down to Reels becoming an incredibly popular format of video-making. Reels is Instagram’s attempt at competing with TikTok by, unsurprisingly, more or less ripping off the exact same premise and features that the latter has. It’s a short-form video experience that’s been massively successful for Instagram, and this gives users incentive to explore content outside of TikTok.The other reason this could have happened is TikTok’s recent ban in India. While TikTok has been banned in other countries before while also maintaining the most downloaded spot, being banned in India is a separate matter entirely. The country was one of the platform’s biggest markets by a rather large margin, and its loss has contributed a major loss to TikTok’s user base. 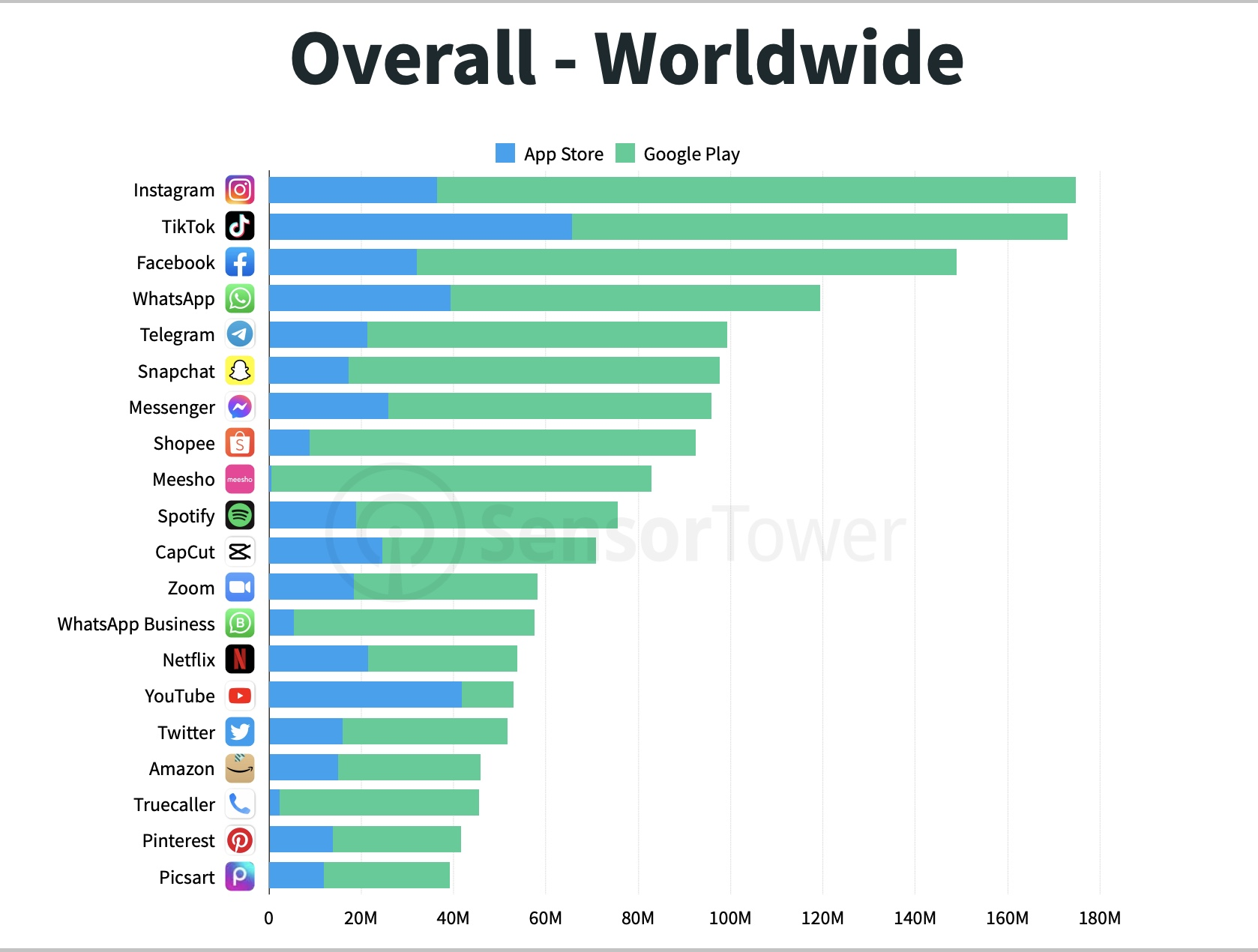 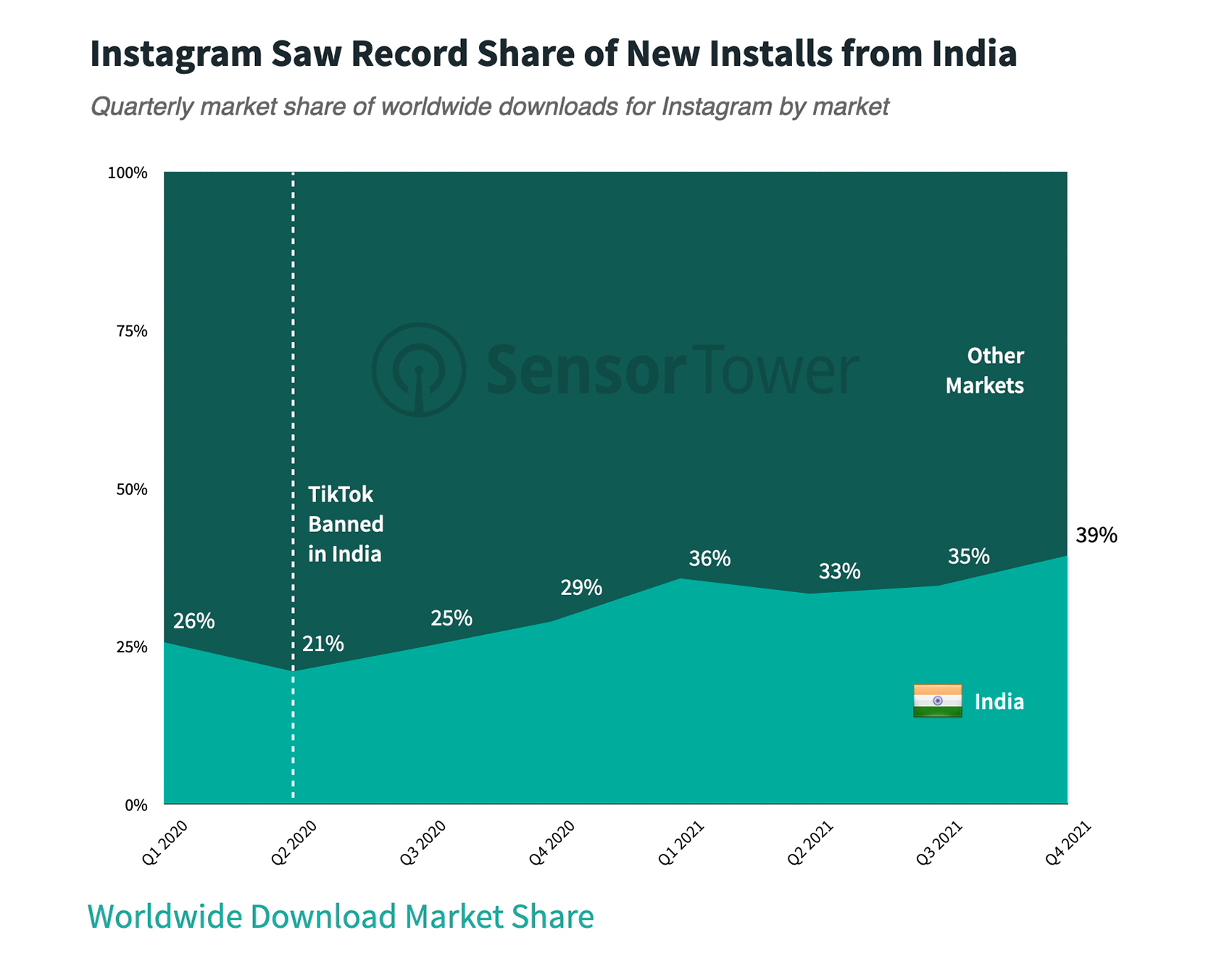 Read next: Sales of Personal Computers, Laptops, and Workstations come again at the level of 2012 sales