It is usually said that Google is a mountain that one can climb but not defeat, this is very true since the tech giant is one of the best companies when it comes to creating diversified products, each of which excellently play its role and gives a tough time to competitors. The company has never failed to develop digital products that help their users in every other thing.One such product by Google is its web browser ‘Chrome’, every other person nowadays uses the Google Chrome to search the web. Chrome is usually ranked as the best and most popular web browser out there since the web browser never fails to bring accurate and adequate information to its users and that too in a matter of seconds. Users are always impressed by Chrome and choose it for almost everything they do on the internet.Chrome apart from being accurate and fast also have numerous unique features like the peeking panel and custom window name that makes the web browser much interesting and make it stand out from other browsers. One feature that Chrome adapted early on was the Incognito tab feature. The private browsing or Incognito tab was first introduced by Apple in 2005 and then soon Google also introduced it.When in incognito mode users browsing history isn’t saved. Which means that other people using your device later won’t get to know about the tabs that you opened. However, your internet service provided will know about this.The feature was a great hit amongst people that didn’t wanted others to see what they have searched or used the internet for and proved to be very successful for Google. After so many years the Incognito feature is still used all around the world.Google has recently been releasing a lot of updates on its products, one update that will soon roll out is the Face id verification for incognito tabs on Chrome. This means that users with face id enabled would have to verify with their face id in order to open a closed incognito tab.The update will surely provide users with a lot of privacy since incognito tabs can have sensitive information that the user might not like others to see, and with this new feature any one even with physical access to the device will not be able to see what’s opened in the incognito tab. With this update Chrome will surely step up the level of privacy web browsers offer.This new update is planned for iOS only and since only 5 percent of the iOS users prefer Chrome over Safari, this new update might prove to be something that wins Google Chrome a larger market share over the iOS devices. 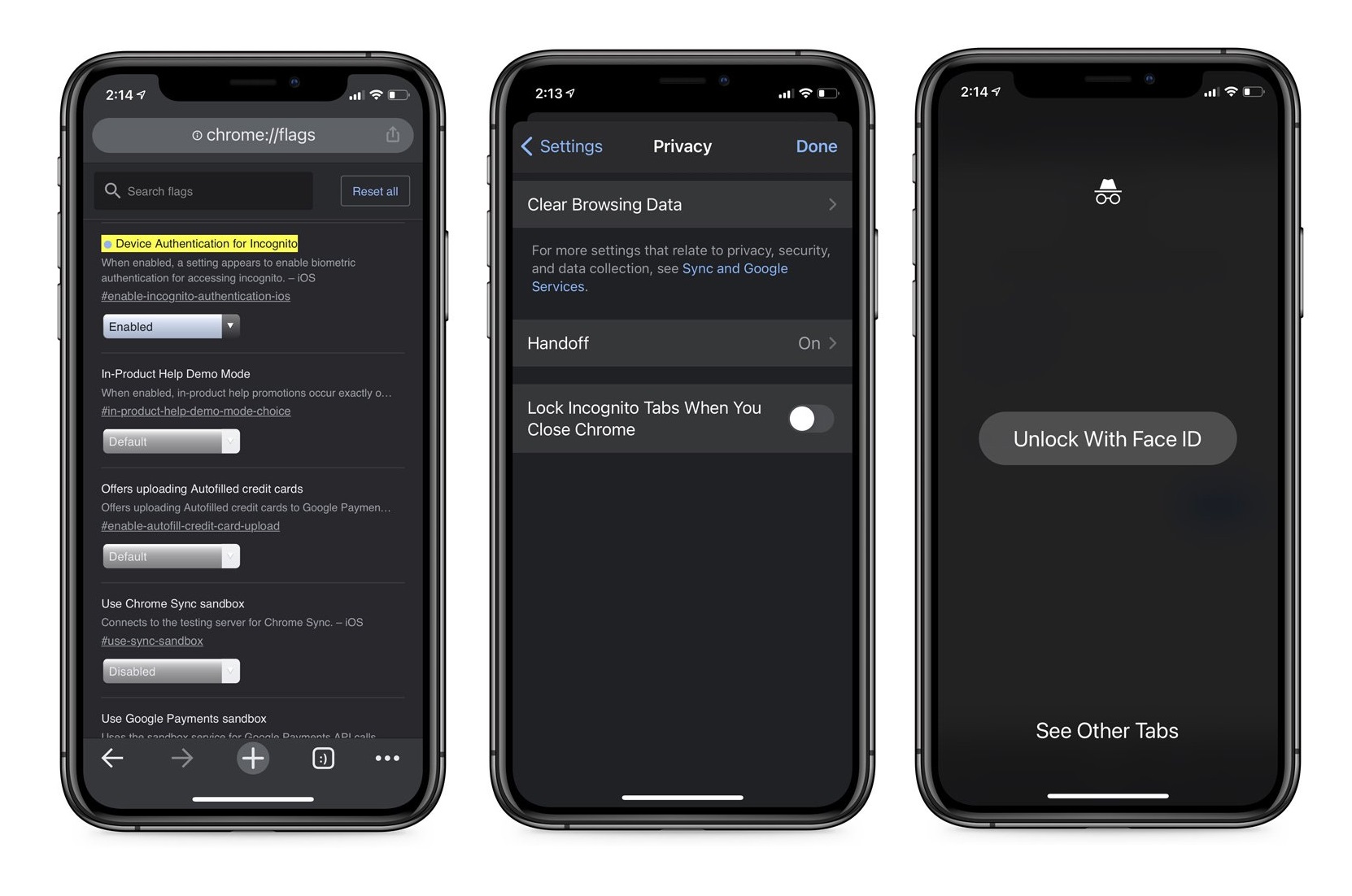 H/T: Bleepingcomputer.Read next: Soon you'll be able to share on social media platform natively right from the desktop version of Chrome browser