DDoS Attacks Broke All Records In 2021

Cyber attacks are often spoken of in a truly fearful way, and most of these attacks involve discussions of ransomware and the like. With all of that having been said and now out of the way, it is important to note that DDoS attacks have been on the rise as well, seeing a 29% increase in 2021 alone which indicates that this is the form of cyber threat that people should end up being most concerned about.According to a report released by Cloudflare, the first half of 2021 saw cyberattacks being split between ransomware and DDoS, but the second half of the year told a different story entirely. A botnet by the name of Meris ended up breaking a lot of records with its widespread DDoS attacks, so much so that one third of the people surveyed by Cloudflare said that they had either been targeted or threatened with an attack in the month of December alone.The fourth quarter of 2021 saw a massive uptick in the number of DDoS attacks that were being conducted with all things having been considered and taken into account. It should be mentioned that many of these attacks were quite small in nature, and what’s more is that Cloudflare was able to prevent quite a few of them from happening but that doesn’t change the fact that several managed to slip through the cracks and do quite a bit of damage.The biggest target for DDoS attackers in Q4 2021 were VoIP providers, basically internet based calling services. Businesses would be mindful of this because of the fact that this is the sort of thing that could potentially end up making remote work a bit more risky, and DDoS attacks might just be the biggest threat that anyone would end up facing in 2022 perhaps even overtaking the looming specter that is ransomware by being even more destructive during its comeback. 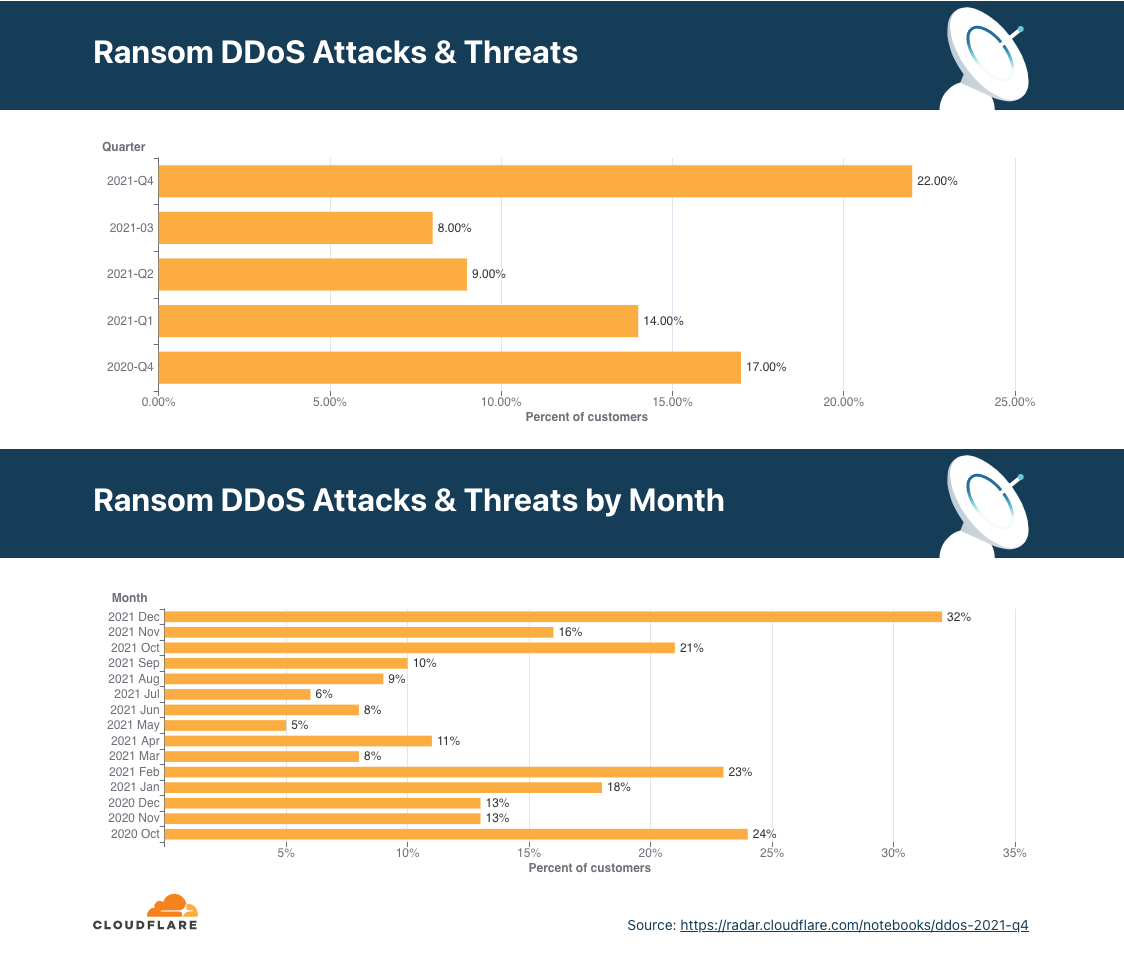 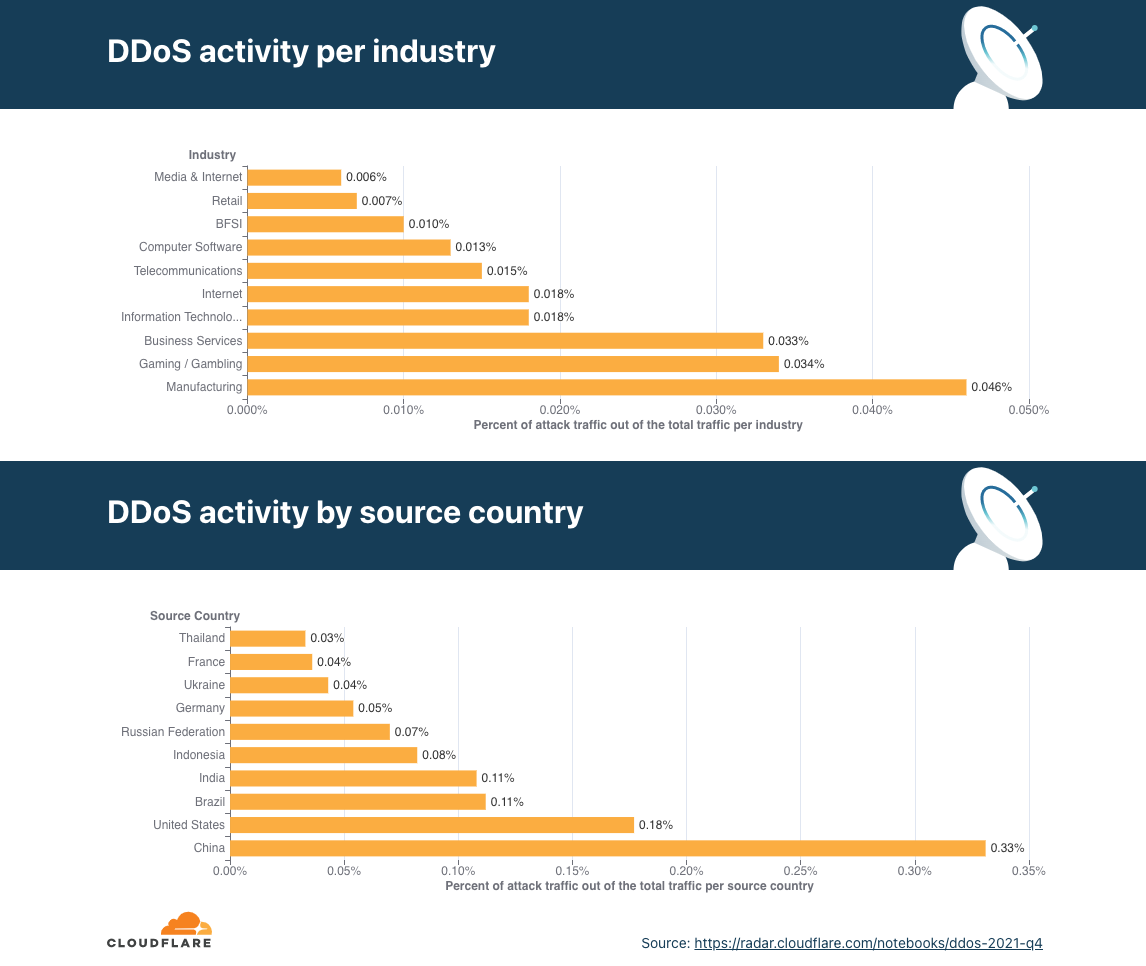 Read next: Researchers In France Have Utilized A Simple Computer In Order To Identify Malware In Other Devices