Despite The Clash With Apple Over Its App Store Policies, Facebook Is Rolling Out Its Cloud Gaming Service To IOS Devices Through A Web Application

Facebook had some concerns with Apple over its anti-competitive activities in its App Store as Apple did not allow any gaming service on iOS, which forced limited rules onto third-party creators like Facebook. Apple had to face harsh criticisms from many companies including Microsoft over its rules and regulations and Facebook even decided to file a legal case against Apple. Previously, the company of Microsoft decided to introduce an Xbox cloud facility through a web application. Now, it looks like Facebook has adopted a similar strategy, and therefore, it is rolling out its promising cloud gaming service to iOS devices through the web application.

The web app is available globally on Safari browser, but cloud games are only playable in the U.S. and parts of Canada and Mexico. Anyone outside of those areas can play HTML5 games in the web app. As we expand cloud games to more regions, they’ll launch in the web app, too.

The platform revealed the gaming application on the iOS device for the first time in the mid of the prior year and it had to confiscate all games in order to get accepted. According to sources, the platform was testing to run its gaming service a month before on iOS devices like iPhones and iPads. Users can now play elementary games like Solitaire and racing games on the website. The platform is not a key competitor in the gaming community so far, as it has still 1500,000 monthly active users but still, it is now concentrating more on streamers to show their gameplays for their followers. As soon as the platform gets more gaming users, it will launch more exciting games for them. Still, it has included famous names to its collection such as Asphalt 9 and Assassin Creed.The social platform has adopted a good plan to introduce its service through web application but still, the platform can face many challenges in the future as Apple has also levied some restrictions on websites games as well from its official browser such as the volume will be switched off by default, the games cannot send notices, and users cannot enjoy such graphics that they can experience on the innate applications.The Vice President of gaming of the platform has said that the platform had no substitute option but to accept this strategy, as Apple demands that every game should have its individual page, and after that goes through the different procedure of assessments and then looks in search citation which destroys the main drive of cloud service. These put a hurdle for players to search for new games. The users can experience quality gaming in the native application of iOS even though they are not using classy devices. 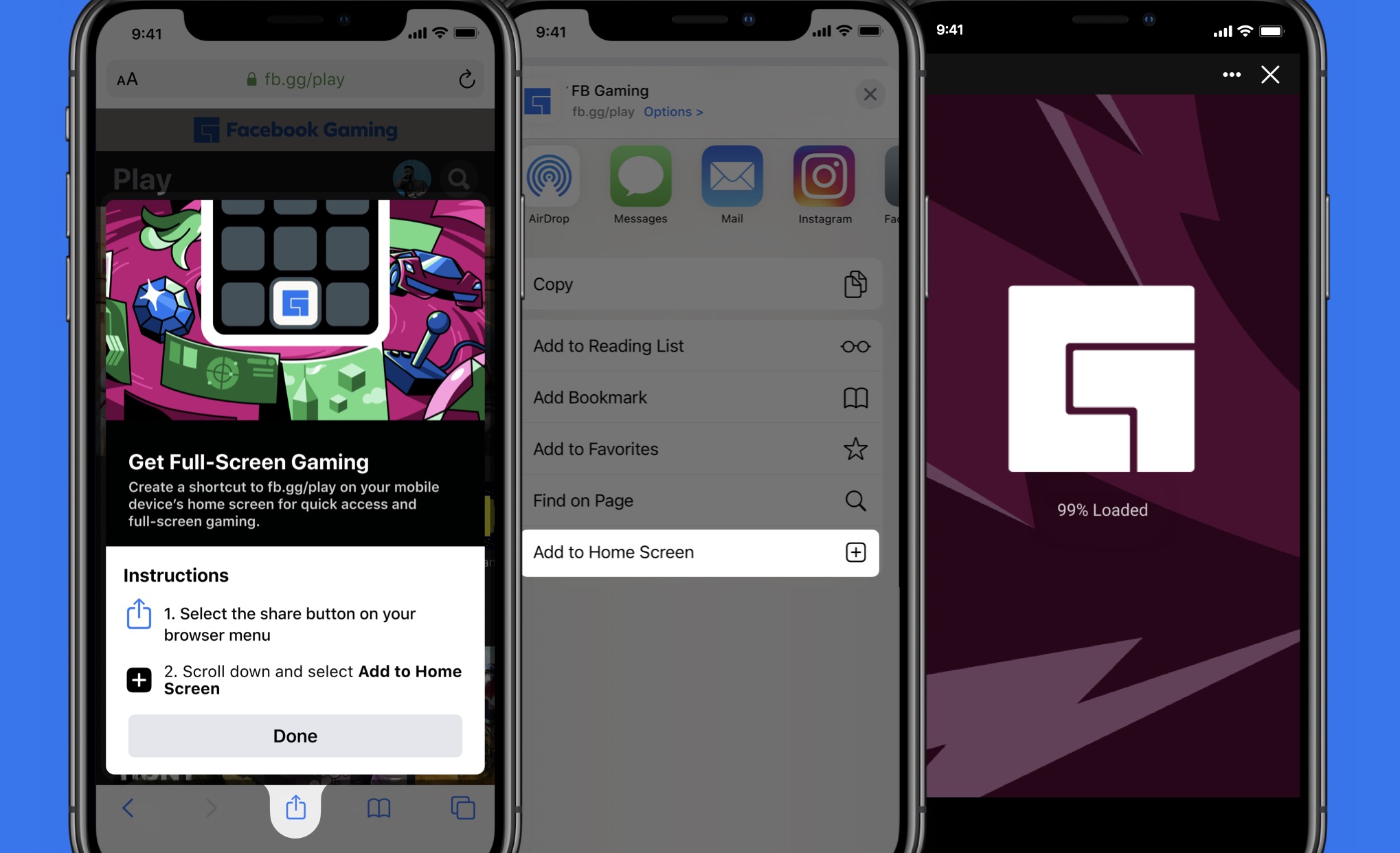 Read next: Facebook is partnering with Coursera to build employment opportunities while acquiring new newsletter writers