Digital Wellbeing an Android application which promised its users a lookout for their mental well-being is now taking some further steps.A few months ago Digital Wellbeing introduced a feature called “Heads Up” for all the Pixels users and from the looks of it the feature is advancing further as well. The folks at XDA Developers brought this information to the light that the new feature which was previously limited to Pixels phone only is now also available on the new update of Digital Wellbeing on Android devices including ASUS Zenfone 8, OnePlus Nord and Realme X7 Max as well.But what is the actual purpose of this new Heads Up feature?In todays’ world of technology where people are so dependent on their mobile phone devices that they spend more time looking down into their phones more than they spend time talking to people and this not only happens in doors but outdoors as well.Whenever you are out you must have noticed at least 2 out of every 3 people are engrossed in their phones while they are walking and this can be very dangerous, because though walking on a footpath has the least chances of you hitting a car, there still are chances of you walking straight into a wall, a pole or a person, which again can be hurtful or extremely embarrassing.The heads up feature alerts users about their surroundings by sending an alert message of “heads up” on their mobile screen whenever it detects a potential threat which you can walk into.But how does a feature do this?Well, the application in order to make the feature work properly will ask you to put in your route to work every day so that through the map feature is can detect what things you may walk into. Apart from this users can simply turn on their live locations which will make it easier for the application to alert you whenever you are out and the best part about it is that when you are home, it will automatically understand this and will not send you any beeps.It is great to see how advanced the tech world has gotten. Application are coming up with new and great features which are proving to be beneficial for the users and we are hopeful that the future if technology is even more promising. 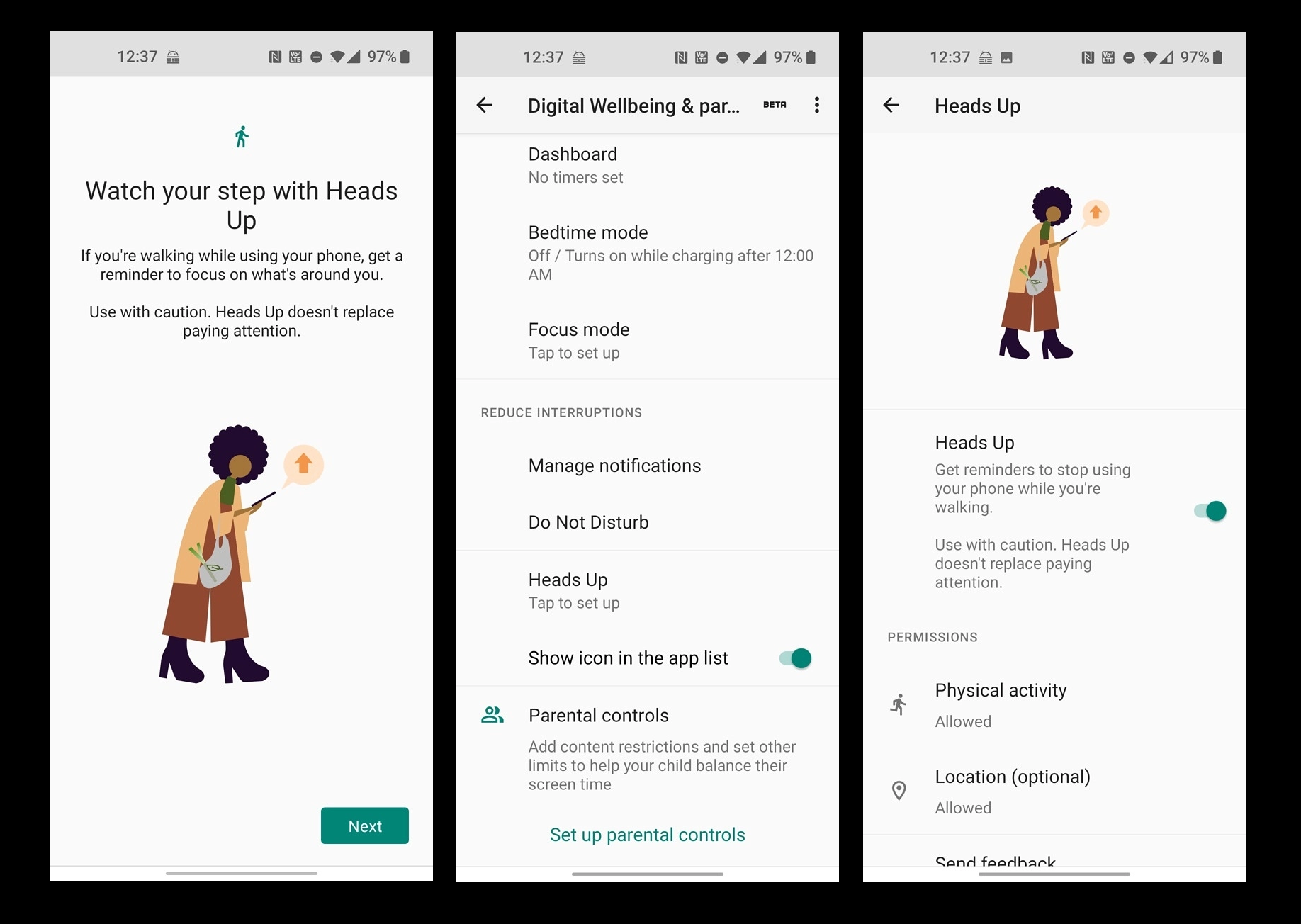