Facebook is working on a new text to speech (TTS) feature, which will allow users to write out Stories on the platform without having to use one in the first place.Making a platform accessible for the average impaired user and member of a community of differently abled individuals is very rarely seen online. To be fair, the installation of certain art figures and the like can’t also support braille since adding it to a virtual screen would lead into literally no one being helped out. The individual at hand was at one point a neighbor of my relatives, and faced almost no major rehabilitative help for their poor to non-existent eyesight. Goes to show that our community in general makes little to no figurative steps in the attempt of making conditions better for afflicted individuals.Text to Speech is a feature that takes full advantage of the currently available technology in terms of both mics as well as social media. Facebook, and by extension is parent company Meta, is of the opinion that perhaps its userbase of differently disabled individuals would benefit from the addition of a feature that actively helps out blind people. If nothing else, TTS can be utilized by users who’re already busy with other activities. To be fair, listening to Stories on Facebook is an activity that shouldn’t really be attempted with full hands in the first place. Take your time, finish your tasks, and then roll onto social media, no? However, TTS has made Stories accessible and is a fun feature to play around with.The feature itself is currently being tested out. It was revealed via a couple of leaked screenshots uploaded onto the Twitter profile of one social media serial leaker, Alessandro Paluzzi. Along with the two screenshots, Paluzzi also uploaded a very short screen-cap video which reveals that there are currently only two voice actors for the feature, with one being male and the other being female. One can perhaps expect other voice actors to join the ranks as well, but for now let’s wait on this feature itself exiting beta testing and making it onto Facebook proper.And when can we expect that? Well, the feature seems to currently be undergoing A/B beta testing in specific regions, which means that TTS is essentially a finished project. Therefore, it should take Facebook no longer than two or so months in gauging public reception to the new feature, and then integrating it into the social network’s interface properly. 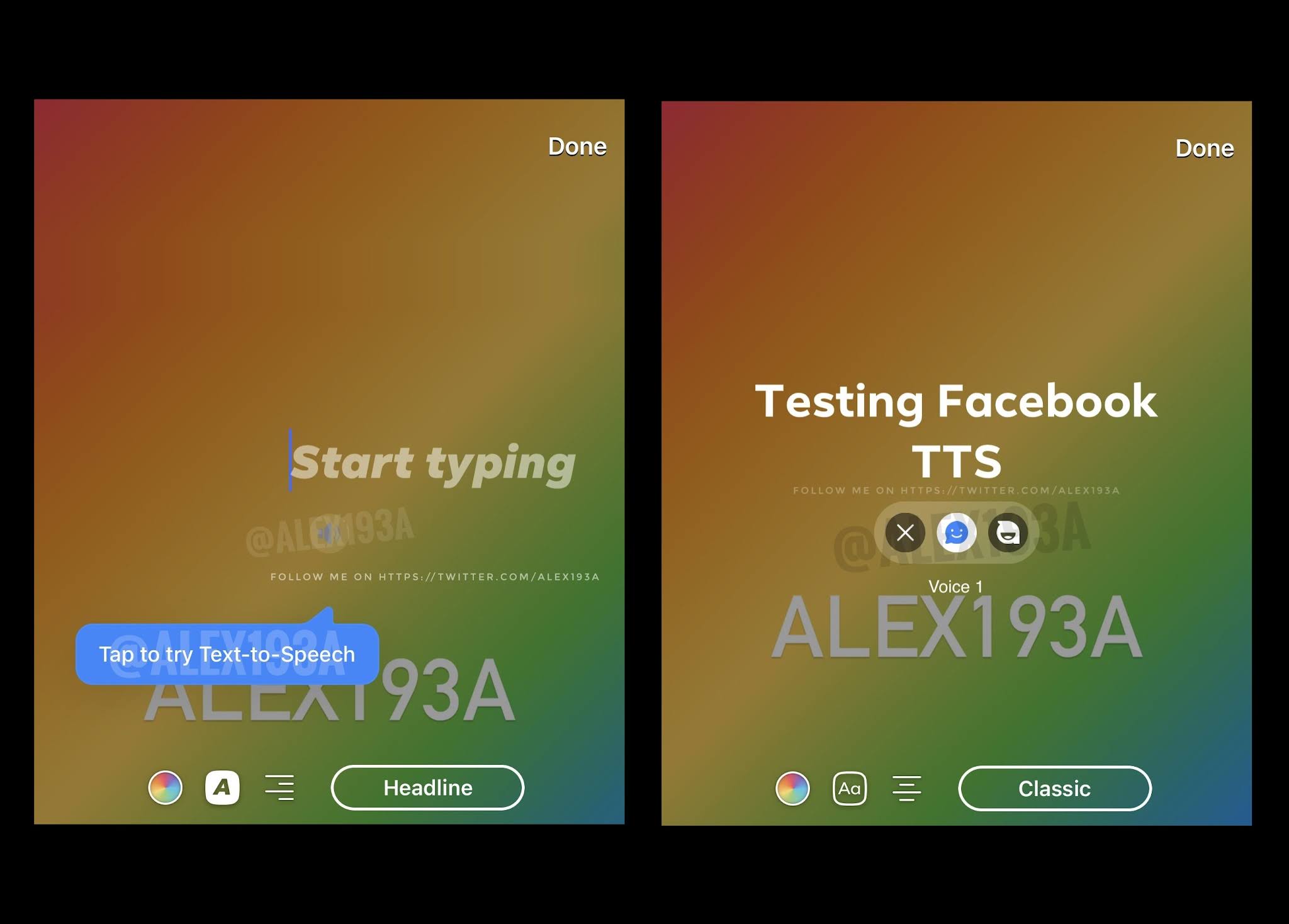