Facebook is looking to add a new list of resources in honor of the holy month of Ramadan soon approaching. These features vary anywhere from visual changes to more charitable contributions.

Ramadan approaches fast, with no more than a week left in terms of preparations. A lovely time of the year, as Muslims across the world come together in a collective, humbling display of gratitude for God’s ever-prevalent blessings. With this being such an important month to the Muslim community, it seems rather natural that other companies would wish to build upon the occasion by running campaigns and displaying inclusivity amongst their community of followers and consumers. Facebook seems to be thinking along the same lines, as it reveals a line of interface updates coming in the following days.Labelled #MonthofGood by the Facebook team, these upcoming changes entail both some nice window dressing in the form of stickers, as well as more meaningful fare relating to charitable donations and the like. Drawing upon the generosity that a month like Ramadan evokes, Facebook has released an entire booklet, highlighting 30 ways users can celebrate the month online, each accompanied by the new hashtag. The company has also pledged to actively support and work with NGOs, content creators, and other charitable endeavors to maximize the amount of donations spread across its online platforms.These organizations and startups will also receive a big boost in reach owing to Facebook hosting information sessions in the form of video content. Two highlighted hosts for the time being have been identified as Bisma Khalid, a UK-based director, and Tahira Hairston of Teen Vogue fame. The former will host a video highlighting startups and change-makers in the Muslim world, while the latter’s topic of interest will center around inclusivity in the fashion world and the Islamic notion of dressing modestly.The afore-mentioned window dressing will come in the form of newly-introduced stickers celebrating Ramadan, which will be found across Facebook, Instagram, and WhatsApp. No doubt, certain filters and the like will also follow, as Messenger and Messenger Kids are also expected to launch tools related to the holy month. Overall the active involvement of Facebook during this time of Ramadan is an important step that this author hopes other online platforms engage with as well. With recent decisions such as France’s restrictions on the wearing of head scarfs and a general sense of Islamophobia permeating online platforms, such actions only prove to make the internet a safe space for the millions of Muslims inhabiting it.Now, if Facebook could only provide a way of entirely axing food pictures and videos. That’s what Muslims online are really clamoring for, am I right fellas? 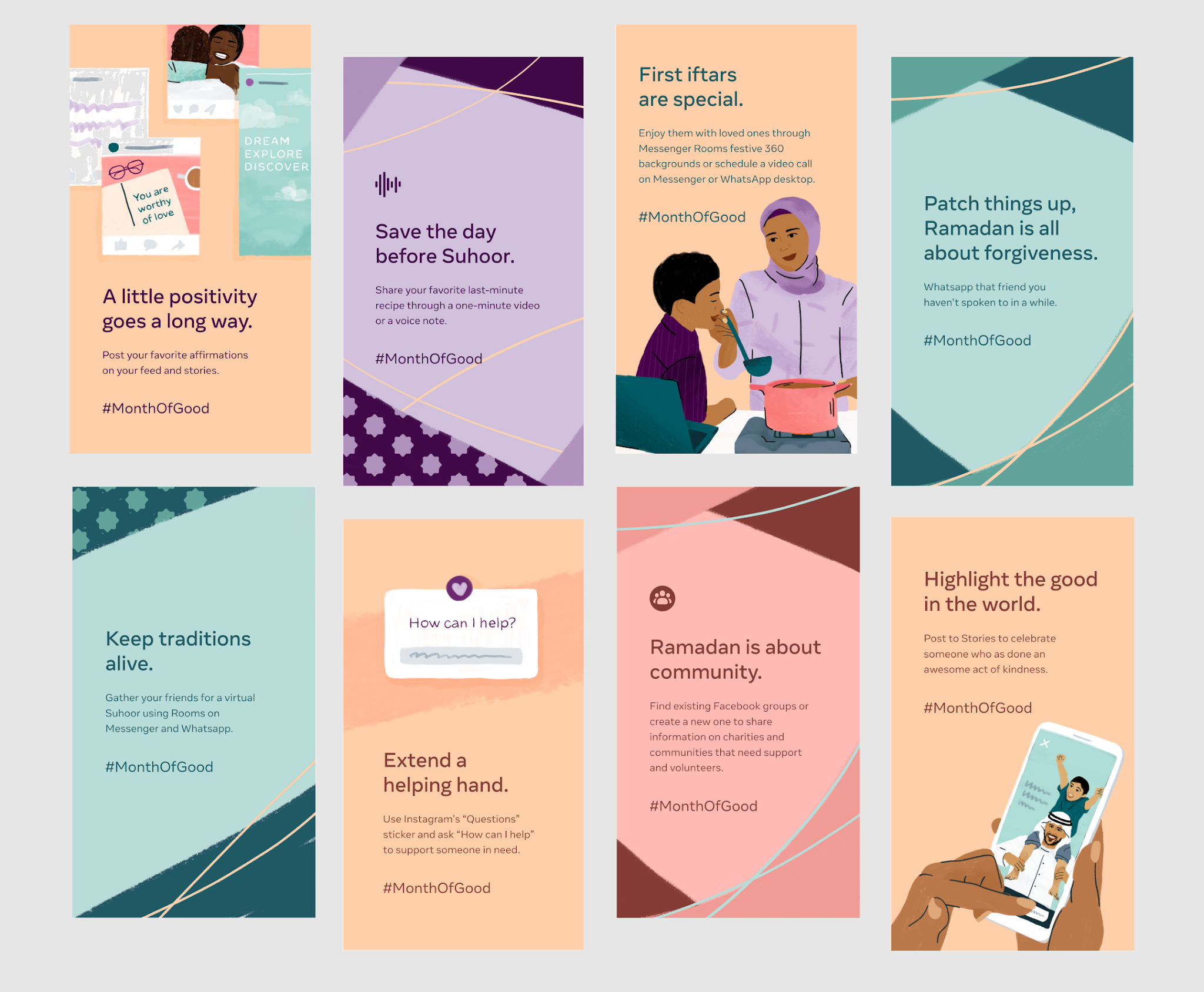 Read next: Internet Has Become a Huge Part of Life with 4 out of 5 Adults in US Using It On A Daily Basis