Facebook, which is now known as Meta, has hinted on a new feature for people. Users can now access the improved privacy center with much more functionality than before. They could find out about how to handle things, how to find the countless privacy and security controls. In the older versions, they didn’t really give the users this kind of experience, so this time they want the users to be equally involved.This new update would allow them to work with tools like security, data collection and finally ads. It seems to be a really nice tool for the time being, but doesn’t it feel like Meta is just giving all the responsibility to the users about their own privacy and setting? This is fine and not fine at the same time.So what is this Privacy center? Meta has revealed that this feature would have five categories including guide and control which would allow you to set up your security and privacy related stuff. It will tell you how many people are able to see your posts, how the app collects their data and what kind of ads you would be seeing on your timeline.This would mean that you will have an interface where all of these things would be present, you would just have to find the right options for your profile so that your data is safe and no one is able to access it without your permission.However, the way that Facebook has told its users to “get a hold off” its privacy settings and to “brush-up”. This clearly means that they are putting all the responsibilities on the shoulders of the user. If things are not up to the standards that the users are expecting from them, they can simply take the shortcut exit by saying that they already told them to figure about the setting. Plus this means that there might be things that you are not fond of but there’s nothing you could do about it.They have said that you can find this new privacy center in the privacy center. You just have to select settings and then go to privacy. Right now it is only available to some users on desktop but the company has said that they are working on other modes as well, we might see it happening later this year.While this update would turn out to be really helpful for many people, it would be really difficult for some people to really understand how the systems work and how they would be able to set up their privacy and controls. Let’s hope that they don’t hold the users accountable for tests to find out how much they’ve actually learned from it because believe me, most of us would fail. 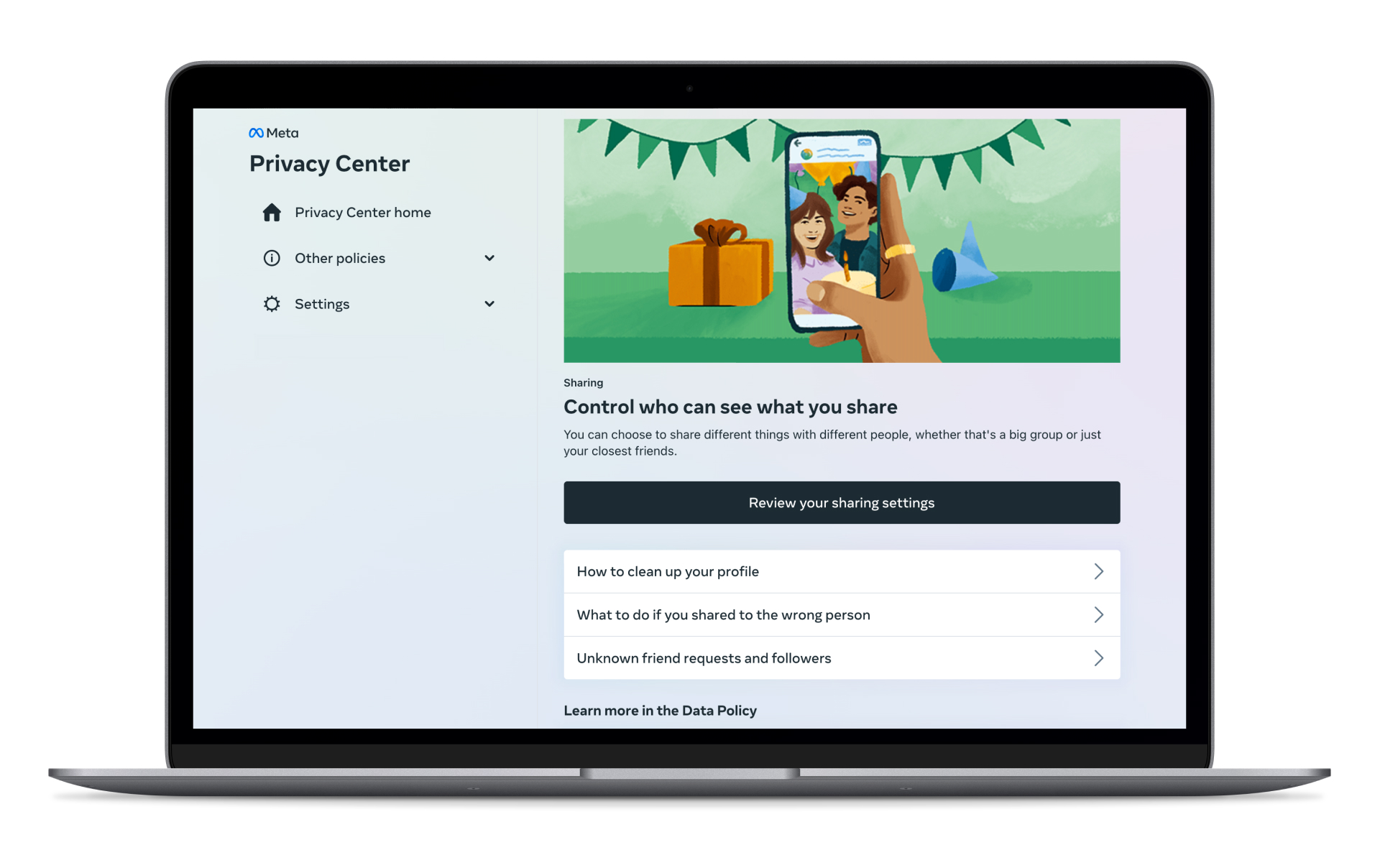