Google has been doing some serious rebranding in recent years, and a big part of the reason why that is the case has to do with the fact that a lot of its forays into instant messaging and social media failed in the wake of the rapid rise of Facebook and as a result of the fact that this is the case the tech giant needed to wipe the slate clean so that it could rework its approach and attempt to remain fully relevant in this field.

Part of this has involved changing its G Suite brand into Google Workspace and giving it a more work oriented approach. Google also used this to introduce Google Chat, something that was initially only available for people that used Workspace but has slowly been rolling out to everyone else. One impact that this is going to have is that it will end up making it so that Google Hangouts is going to end up being discontinued so that Google would have a single instant messaging app that people would be able to use on any platform that they choose, possibly allowing it to compete with the likes of WhatsApp.

Google announced their intent back in 2018, and the company has definitely learned from its mistakes because of the fact that it is taking a much slower approach this time around so that users could get used to the new service before they migrate to it. It seems like Google is picking up the pace now thanks to the positive response that Chat has received, and it will start forcing user migrations next year and eventually discontinuing Hangouts permanently. Part of this process involves porting user data to this new application so that they still have access to their conversation histories. 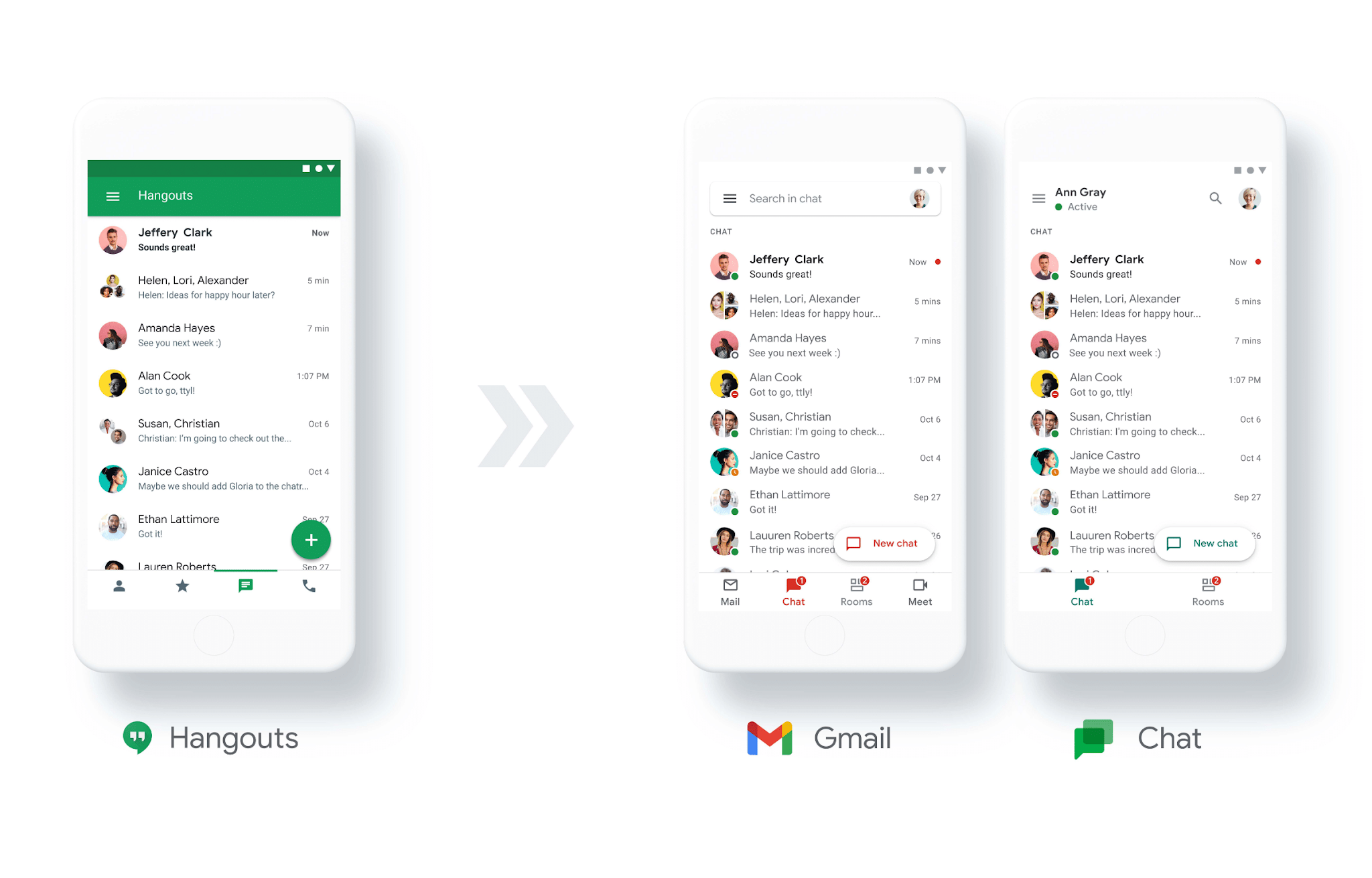