On Thursday, 3rd December Google announced that it is now introducing the Go Tab on its 15th anniversary. It will include the combination of the “Commute” section and other travel-related hotkeys. This new tab will permit users to view the map of places they frequently visit such as the grocery shop or the friend's house they go to every weekend- without any hurdle.Last year, a major update was brought to the Google map by the company which included a new user interface and logo. Commute, Explore, and saved tabs were also part of the update. Now, Google is further enhancing its map-reading app; that will make it easier for the users to find the map of often visited places.The new tab will be located in the bottom bar- and will be exactly visible between the ‘Explore’ and ‘Saved’ Tabs. Just like WhatsApp and Snapchat: where you can pin conversation- Google is now allowing you to pin as many destinations as you want. Tapping on a specific route will now provide the users with details such as directions, live traffic trends, disturbance you might face during the journey, and an accurate ETA in a single click.ETA refers to the estimated time for arrival. Mark Wallin claimed on 1st September 2020 that Google takes various factors into account; before it calculates the ETA. 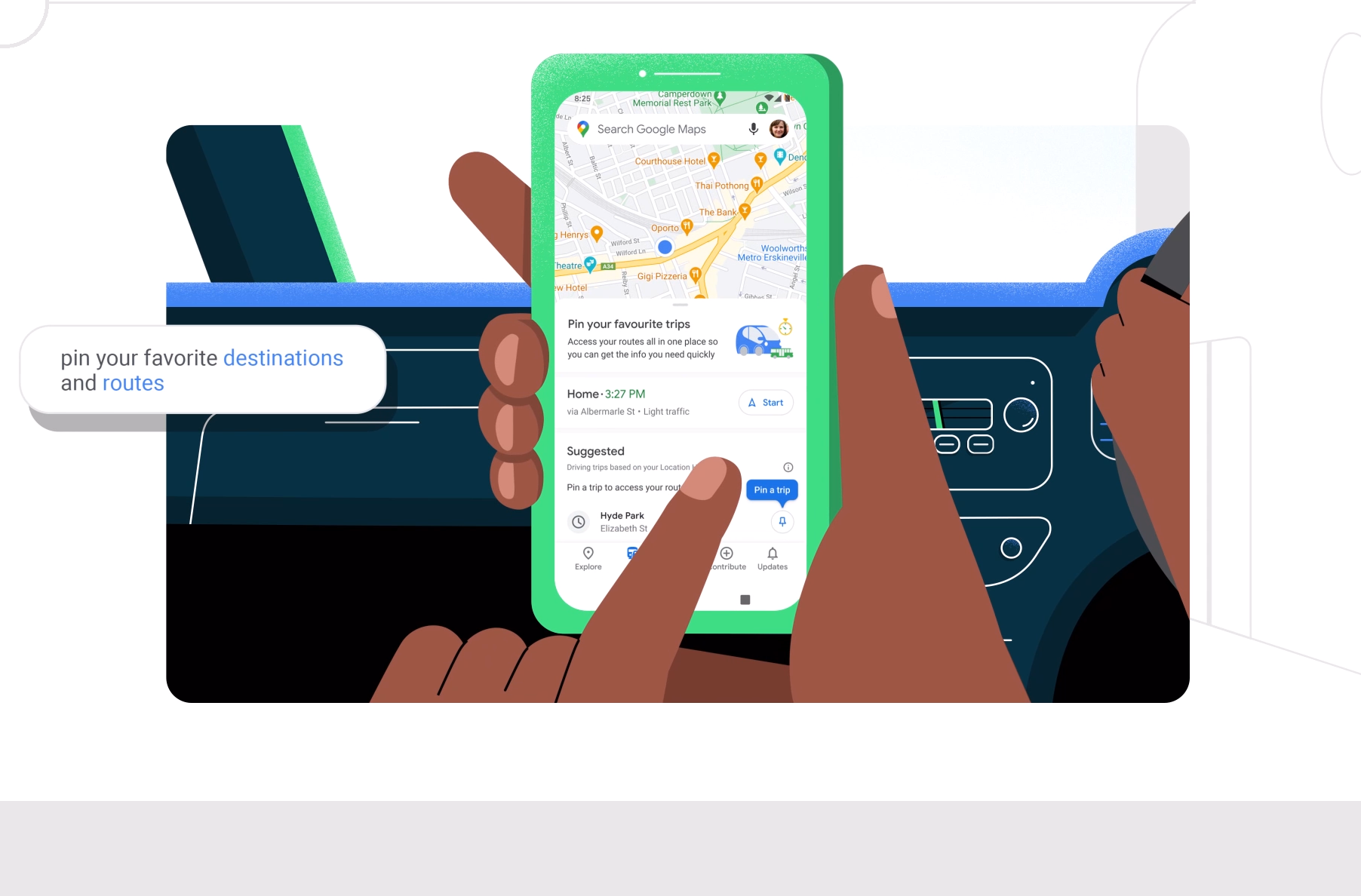 If you are traveling in public transit, it becomes further easier to get advantaged by the new update. You can get accurate departure and arrival times, updates, and notifications from the transit agency you are traveling in; after you pin specific directions. Thus, ETA will also be measured exactly accurate. Those traveling to places within a walking distance- can also use this update.Tapping on the “Go” Tab option activates the app to start searching. You can hide the card by simply swiping down. Users have mostly observed “Lines”, “stations and stops” options. The station and stops option makes stared routes available to you with the availability of filtering possibilities. When you click on the search bar the option of “Destinations” pops out which includes a list of shortcuts for places like “Home”, “work” and many others. Furthermore, you can also look for the maps of places you visited Today, Yesterday, This Week and even the last week.The firms said that the update is gradually becoming available to the users now and the update will be available to all the Android and iOS users- next week. Don’t get confused between the Go Tab and Maps Go which is an Android app specially designed for lower-powered devices. However, after it has been updated to the 10.35.2 version it is now becoming available to a wide range of audiences.