If the year 2020 has benefitted anyone then that has to be Google because according to the recent stats there is another feat that the tech giant has been able to achieve in the name of a whopping number of downloads in its third quarter. And much to one’s surprise, they have also beaten Apple this time with it.A report published by Sensor Tower shows that Google Play Store has had 28.2 billion downloads in the third quarter of 2020 which is three times more than Apple’s 8.2 billion downloads in the similar quarter.Google has been having a pretty good year with its app store with more and more people staying indoors and spending time doing things other than work, so overall there are 80.6 billion apps downloaded from the Play Store. Apple, on the other hand, has only 26.6 billion downloads combined.Much of the credit for Google’s success is given to the fact that the platform hosts the largest app portfolio with 2.7 million apps (which itself is an increase of 5.85 percent from the previous quarter). Breaking down the number of downloads, 13.49 percent of them were done by gaming fans. Education-related downloads were 9.11 percent and third on the list were business-related apps with 6.95 percent.The Google Play downloads also jumped 31% year-over-year.Apple picked up with its number of downloads in the first three months of the year 2020 but that moment didn’t continue for the rest of the year as in this quarter the figurer dropped down to 8.2 billion. The difference also makes a lot of sense when we consider the fact that Apple only hosts 1.82 million apps for users to download. 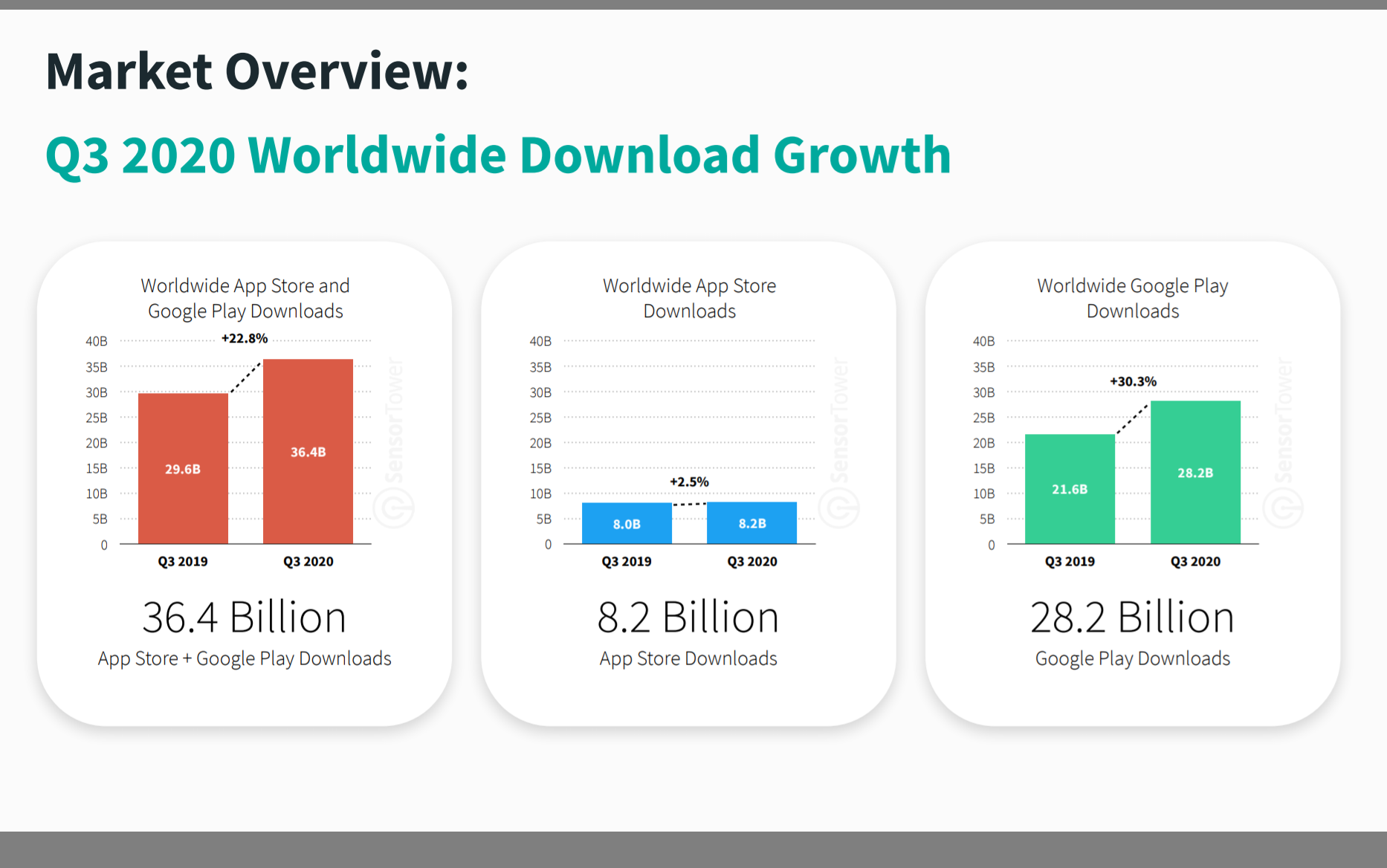 Read next: Google, Facebook Voodoo: These are the top mobile publishers of September 2020 (chart)