On the 21st of July 2021, Google marched the internet with triumphant news of their success and announced their conquest over users complaints with a series of updates for iOS, Android, and Desktop users. This set of updates revolve around privacy, ease of access, and integration of new Google features to the server that were previously in beta testing. It further expanded on the interest of the users by the variety of options that were involved with these updates.The first update revolving around privacy and security was also somewhat oriented towards ease of access. This updated and eased the changing, reviewing, and updating privacy settings specific to sites and web browsers providing one option for the browser as a whole along with some specific options for the websites and the permissions that it asks for. The specific site permissions can be reviews by just tapping the lock icon that is integrated with the HTTPS servers. By tapping on the icon, you can review and update the permissions granted to the website by easy toggling as well as manage cookies and review site history.

In addition to that, the renewed Google Actions are also part of this update. Google has revealed several more actions since launching the service last year. This feature enables to run commands quickly by typing them in the address bar. Alongside the Delete History action introduced earlier, the Google Action now will also run with a Safety Check action that would serve to search for harmful extensions and check your passwords for security. Furthermore, Google has also reviewed and added Phisher protection, Site-specific extensions and increased the operating speed while simultaneously lowering the battery consumed. These are promised features and will be updated to every user very soon.The second update, as per 9to5Google, revolves around the integration of Google Lens into Chrome as the prime image searching option as it would not only provide the appropriate images to any image search but also present places where it can be bought from and the price at the aforementioned locations as one of its starting features. This feature has been updated with the search on google option for images when right-clicked. Doing so would lead to an updated lens involved searching platform on web browsers, with an interface similar to that on mobile phone devices. There would be other options to explore once clicked on as well as an option to revert back to the original google images search if the displayed items on Lens do not fulfill what is required by the users. 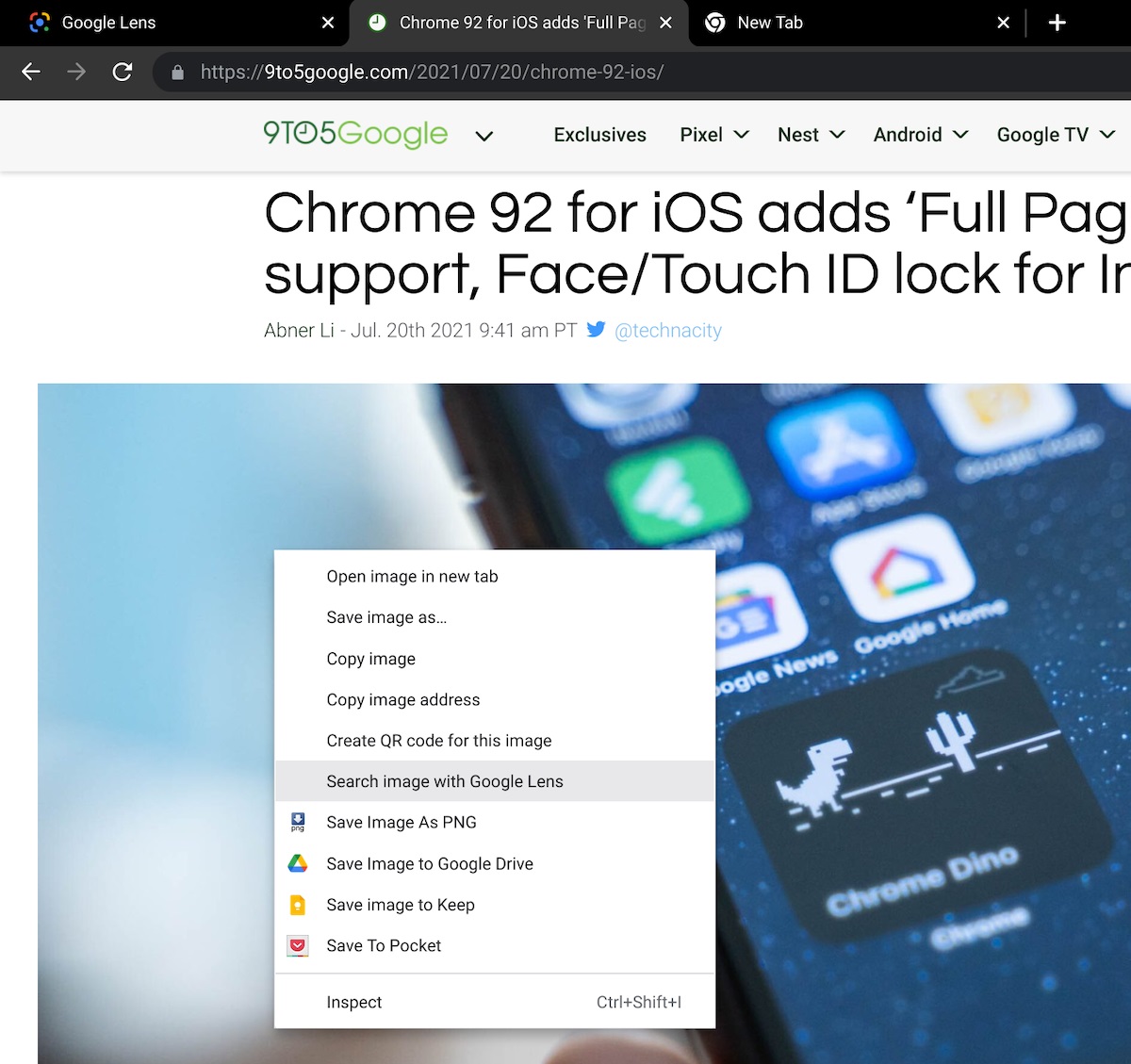 The third feature, as per MacRumors, involved was primarily updated in Google 92 for iOS as it included and involved the face and touch ID requisites of Apple. This was to further privacy as all incognito tabs will be locked if the phone is slept and would be activated by a pin, face, or touch ID whichever is selected by the user in the privacy options. Apart from this a few more features touched the deck of Google 92, these included the ability to take a full-page screenshot by hovering over to the screenshot view that is available in further options.Although only a few users have either of the three updates on their respective devices, Google will soon be integrated to have all these updates and features for not only their respective operating systems but also look to update these features on all operating systems and devices. This first and slow update period can be termed the preliminary period and we can not be more excited to bring the final result from Google.Read next: Google Chrome Finally Tests Adding A Built-in Screenshot Capturing Feature Under Share Menu