Advertising is a pretty intrinsic part of social media, and many people criticize it because of the fact that this is the sort of thing that could potentially end up overwhelming for quite a few individuals. The thing to note here is that not all advertising has to do with outside entities with all things having been considered and taken into account. Rather, you might be suggested certain posts so that social media platforms can boost engagement on those boosts as much as possible, and perhaps no platform does this more than Instagram.With all of that having been said and now out of the way, it is important to note that Instagram has been trying to make some changes in order to make itself a somewhat less hostile environment, as first spotted by WFBrother. A relatively minor change to your suggested posts options may play a big role in that. This change would allow you to snooze all suggested posts for a period of thirty days, something that might give your timeline a bit of a cleanse and allow you to focus on only those posts that you are actually interested in rather than having random content recommended so that it can feed the algorithm.This is most definitely a positive step in the right direction, one that would help people take a break from the endless cycle of content consumption that so many social media platforms appear to try their best to encourage. The fact that Instagram is making an update when its parent company Meta and its flagship platform Facebook have been adamant that this feature is actually positive for their users is an indication that this major tech giant is trying to get with the times. Content suggestion can be great for content creators, but it’s fair to say that several social media outlets tend to overdo it, that's why getting users feedback on the matter is important. 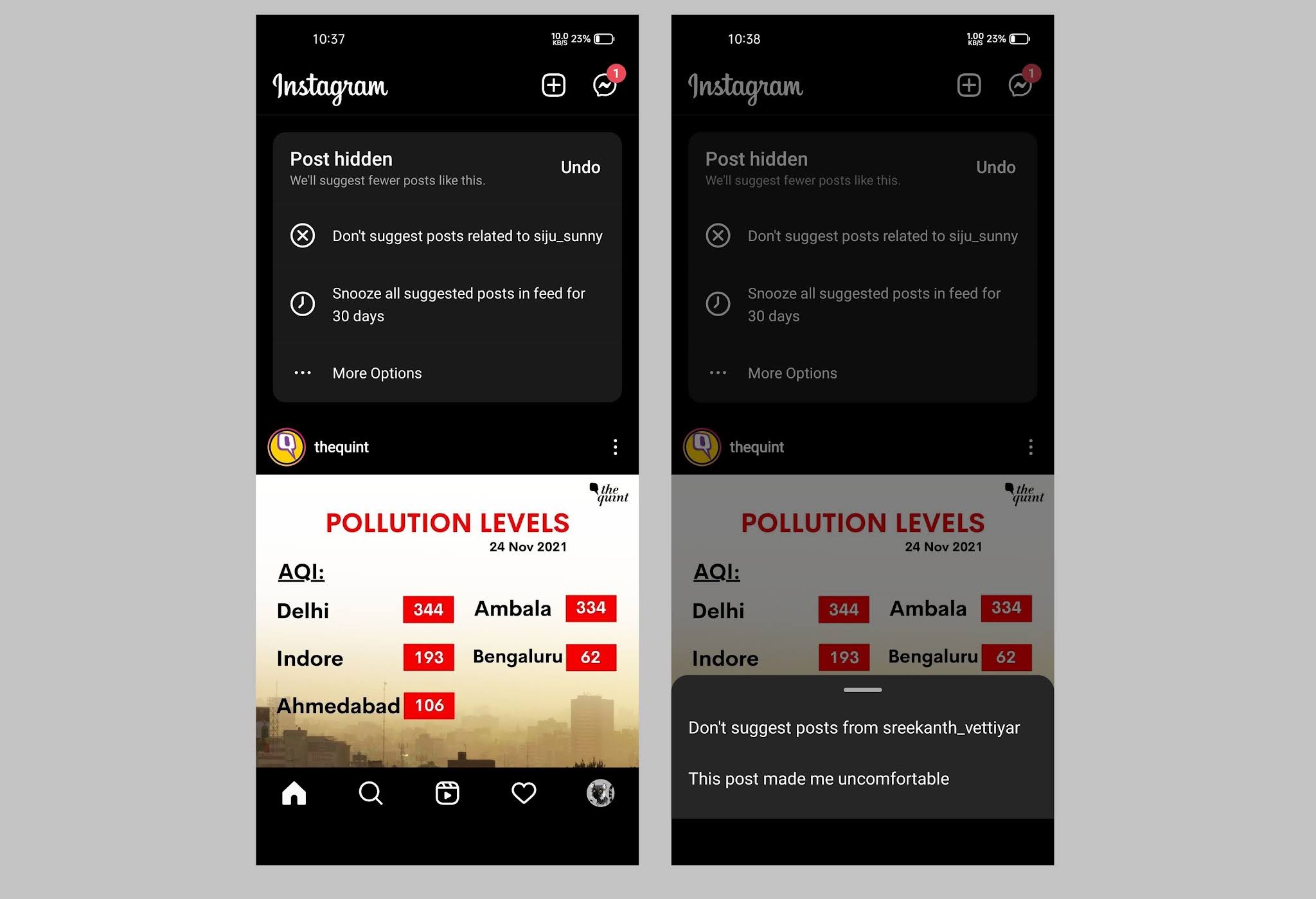 Read next: Instagram’s New Feature Helps You Verify Account Without a Phone