On Account Of The Asian American And Pacific Islander Heritage Month, Facebook Has Introduced Great Initiatives On Its Platform

Hate against Asians has been there for the longest time in the United States of America. Even though they are much as Americans as the rest of the population, there is still a huge chunk of citizens in the country who regard them as people who don’t belong in the States. This hate carries on social media greatly as well, in fact with the rise of social media, the level of hate speech, racism and bullying has increased to much greater levels too. Social media platforms have implemented strict policies against things like these and have also succeeded greatly as well.Asian American and Pacific Islander Heritage Month is celebrated in the month of May to highlight the contributions that have been made by the Asian Americans and Pacific Islander Americans and give credits for the influence they have been able to make throughout these years in areas of history, technology, culture and achievements, all for the United States. In order to honor this month to the fullest, Facebook has introduced a new range of initiatives that will take place on the platform. This includes new safety tools, notification setting, and additional funding tools for the Asian and Pacific Islander communities, to help the users of Facebook and Instagram to know the importance which this month holds and for the users to join hands in order to celebrate this auspicious month.Facebook is making sure that no hate prevails on the platform on any form. To make the community feel safe while using the platform, the tech giant is expanding its comment warning features on the platform to warn people about reconsidering what they say and how their words and harmful language can affect people in more ways than one. This is the first initial step taken by Facebook which is an important one as hate speech and violence against Asian Americans are on the rise. Throughout the month of May, the users of Facebook from the United States of America will see the hashtag #StopAsianHate notification at the top of their news feed. Facebook has added some AR tools and stickers which will be available the whole month on both Facebook and Instagram and allow people from all over the world to participate and show their support to the Asians of America. These creative options were designed by the New York based digital artist Dingding Hu, and on Whatsapp the new stickers are designed by the illustrator Gracia Lam.Facebook along with introducing funding tools has also donated a $5 million donation to organizations that work against racism and try to ensure racial justice and equality for the API groups that have been the center of hate for the longest time. Last year for racial justice Facebook donated $10 million and $200 million to show support to Black-owned small businesses and organizations.With everything that Facebook has gone through and all the backlashes from the public as well. Such initiatives are important and its shows how much Facebook is trying to use its platform for a better cause, that too responsibly. 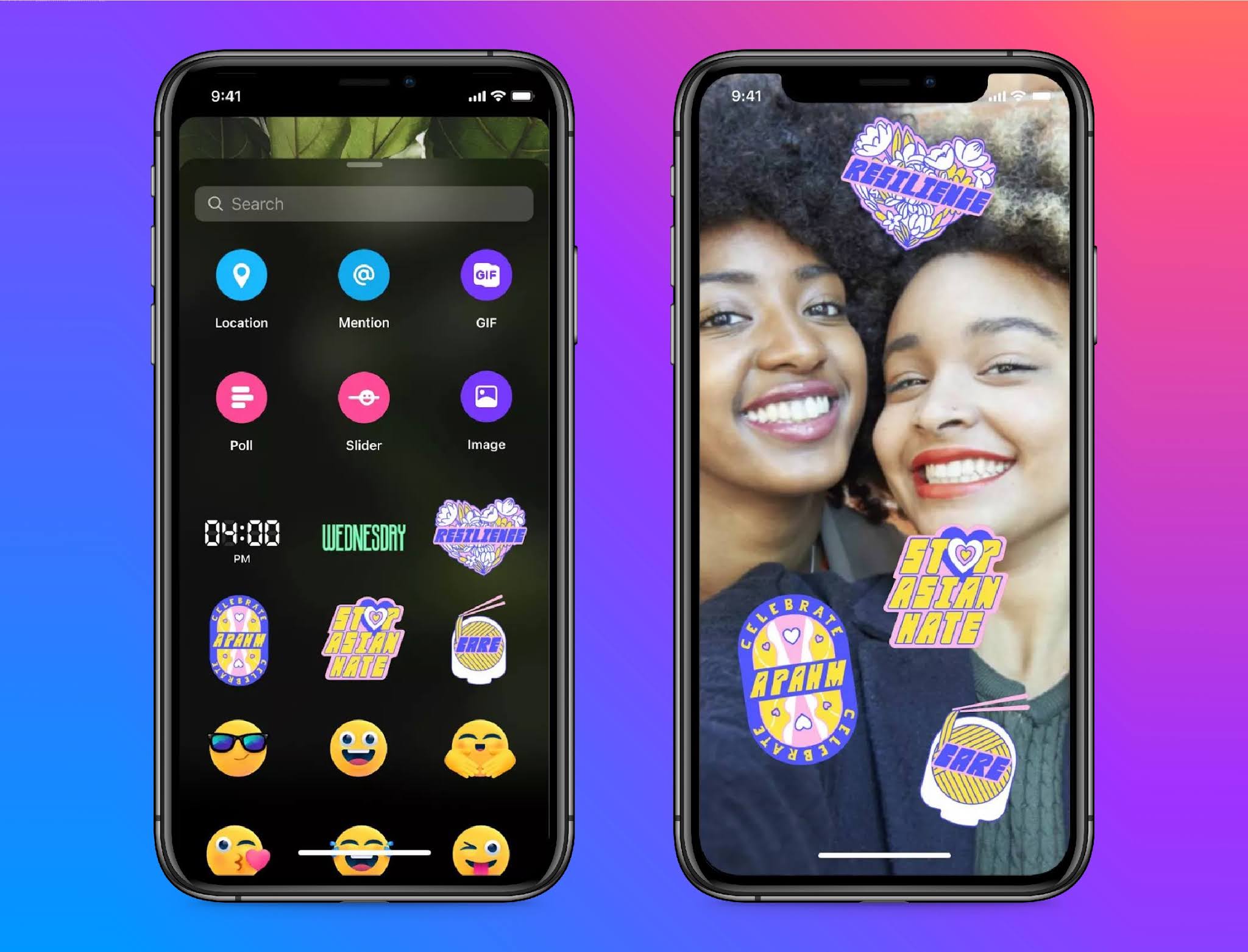 Read next: Facebook Is Expanding End-to-End Encryption and Planning On Launching It for Rooms