Open Source Software Is Very Insecure According To Research

The concept of software being open source has held a lot of weight in the past because of the fact that this is the sort of thing that could potentially end up allowing people to customize software according to their own preferences. Many proponents claim that open source software can result in some serious advantages, but one major roadblock to this might be the security issues that can occur when such types of software end up being used in the first place.This year, an Open Source Security and Risk Analysis Report was compiled for the sixth time in a row, and it revealed that there are over 90 percent more vulnerabilities in software that uses open source code than the previous year. This is a massive increase, and it is particularly concerning when you consider the fact that there has been a 19 percent increase in open source components being used in various kinds of commercial software.These vulnerabilities are mostly high risk which essentially means that a malicious actor somewhere or the other has been known to exploit them. A big contributor to this has to do with the lack of development and improvements in open source components. Security issues ended up being left right where they were, with patches and fixes being few and far between.Open source code components do have a lot of potential, and their advantages simply can’t be denied. However, it can be difficult to implement them if they pose such massive security risks at the end of the day. Security has become perhaps the single biggest issue in the world of tech, and you would be hard pressed to find any consumers that would be willing to take such a big risk especially when they are not all that educated about why open source is used and how it can benefit them. 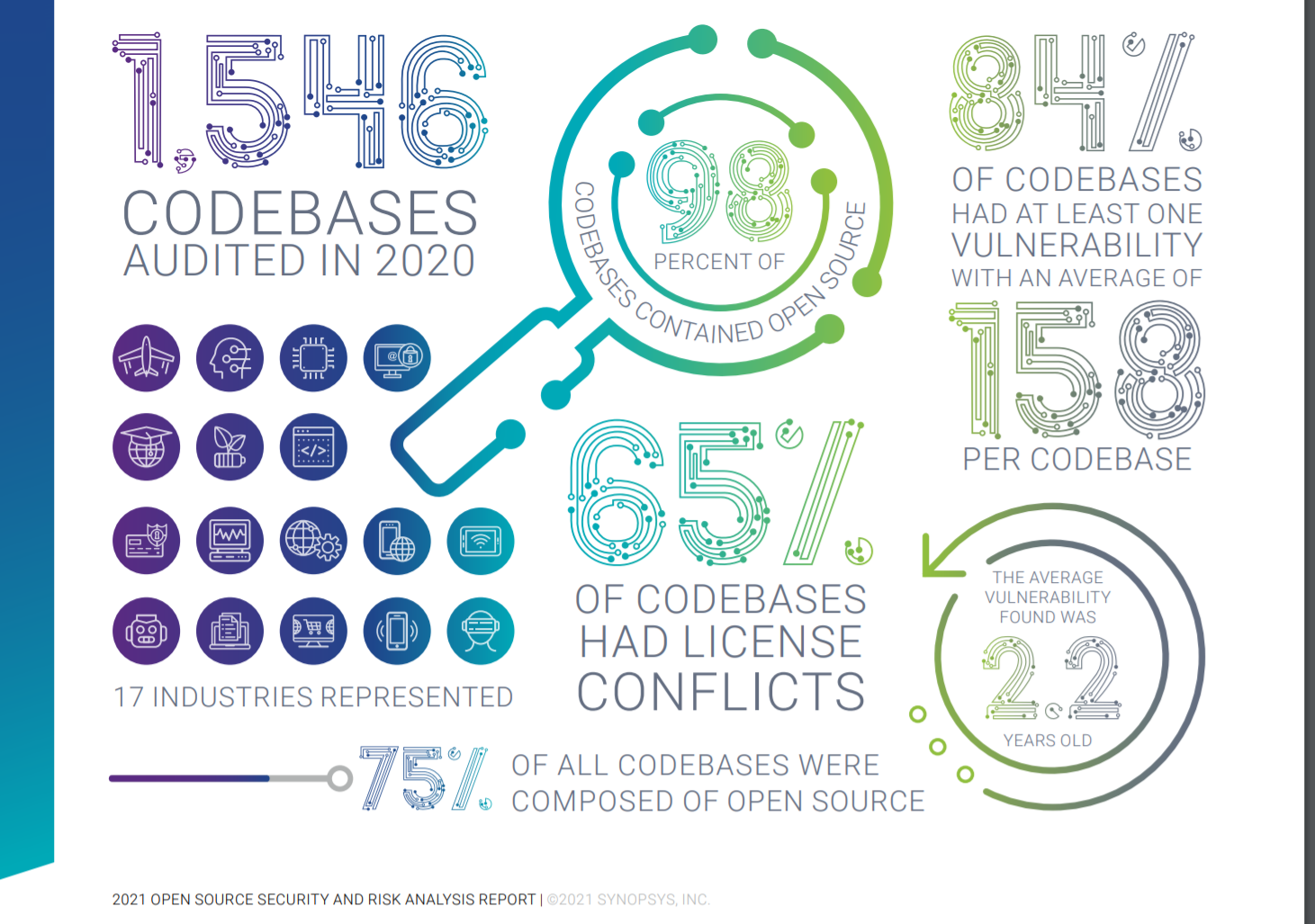 Read next: Internet of Things Malware Attacks Increase by 152% in North America in 2020, Other Continents also Witness a Significant Spike