Snapchat Making A Name For Itself In The AR Tech Market; This Viral 'Crying' AR Filters Shows The Company's Specialization In The Field

When hearing the word AR, most people instantly think about the Metaverse and the tech giants building them, well rightly so, because over the last one year or so the use of AR in Metaverse has been heavily discussed.Tech giants such as Meta (formerly Facebook) are heavily invested into the AR industry and are developing AR based products at an increasing rate, however photo sharing application Snapchat is no far behind in AR usage, just recently Snapchat released it's new 'Crying' filter, which uses AR technology to make a face look like it's crying no matter how much you try to make it look otherwise, and Snapchat users are pretty impressed by it. 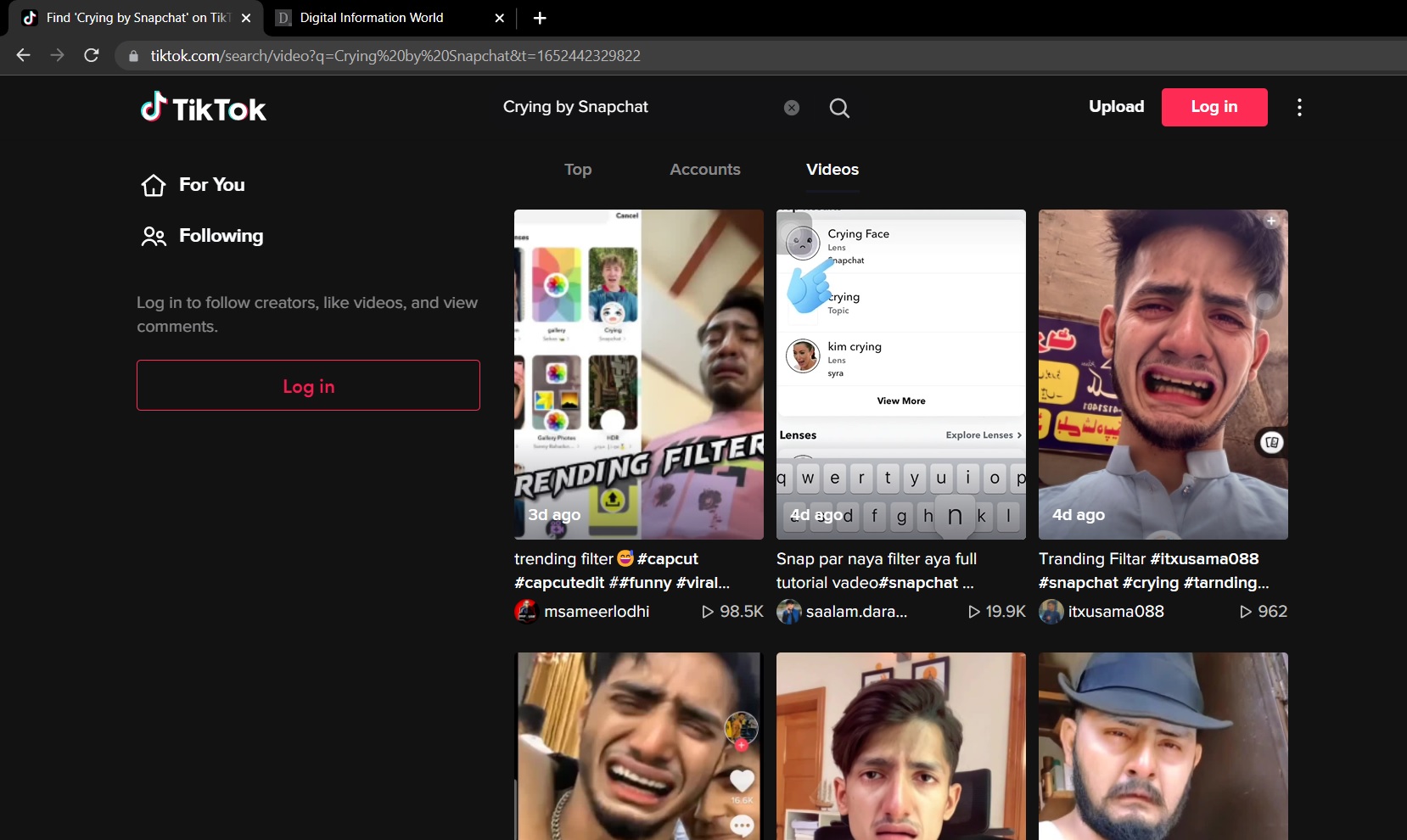 The filter has gone super viral on TikTok and people including celebrities, influencers and sportsmen have been posting their videos with the filter on almost every other social platform, just within a week of it's release the filter has been used by 180 million users and have been tried on for a total of 1.3 billion times, quite impressive figures right?Well, this is not the first time Snapchat has been able to deliver quality results with AR, in the past we have seen the company release many other creative and quirky AR filters that users just love to try on and have fun with.So are these filters giving Snapchat a competitive advantage in the AR industry? Experts believe that Snapchat through its creative and effective AR filters are pulling in large numbers thus it is at the fore front of the AR revolution. This consistency has made Snapchat a key connector thus giving it a competitive advantage over its well-equipped and deep pocketed competition.Many tech giants including Google, Apple and Meta are heavily invested in creating their versions of AR lenses, Snapchat is also not far behind since it is beginning to step into the next development stages of its AI glasses named 'spectacles'. Many criticize that this immense competition from far more equipped companies will decrease spectacles chances of success however many believe otherwise and say that Snapchat will eventually capture a big marker share in the industry.Well, it's not wrong to say so, that is because Snapchat since the start has been appealing users with AR effectively, be it funny face filters that you try with your friends or amazingly realistic art installations, Snapchat knows what to develop and deliver.Read next: Snapchat Shares Insights About User Feedback And Where Brands Can Fit Into Its World