Survey Shows, 1 In Every 5 Consumer In The US Hesitant To Get Covid Vaccine Because They Believe In Microchip Theory

The cases of COVID-19 are rising day by day, even after taking precautionary measures. After the launch of the corona vaccine, the Government and social platforms have increased their efforts to encourage people to get vaccinated as soon as possible, but they are facing many challenges while convincing people in this regard. Recently a survey was conducted for continuous 3 days by YouGov in which 1500 people were asked questions about what they think about the concept of the microchip in the vaccination of this disease.However, it was found that there are many rumors among the people regarding the vaccine that 1 in every 5 Americans say that their Government is using a microchip in the vaccine and that is why people should avoid the process of vaccination. When this question was asked to the American adults that do they believe the microchip chip theory? Approximately 20% of the respondents said that they think that this statement is based on truth. In such a situation, it will become very difficult for the Govt to convince the public to get vaccinated to eliminate this disease. The report shows that the ratio in the rejection of vaccines is more in white Americans as compared to black Americans. Those people who are uneducated or less educated also do not want to get inoculated.However, 14% of people in America are not really sure that the vaccine contains a microchip; maybe they did not even research the benefit of vaccinating that is why they are not fully convinced to get immunized. However, 66% of the respondents replied that they do not believe in this concept of the chip, they strongly believe that there are not even any health issues in this regard and their Govt is encouraging people for good purposes.Among those people who do not want to get vaccinated, 51% of them have given a reason that there is a concept of microchip behind all the drama of vaccine. Contrary to just 9% of those people who have taken all the inoculations which are necessary in order to get wholly vaccinated. Many people also give one major reason for rejecting vaccines that it has many side effects and the Govt officials are forcing people due to their political benefits. There are 4% of adults who have started the process of vaccination but are not yet fully vaccinated, they have one shot left. Aggregately, 85% of vaccine repudiators said that the fears of COVID-19 were not much before, but now it has inflated due to political motives. 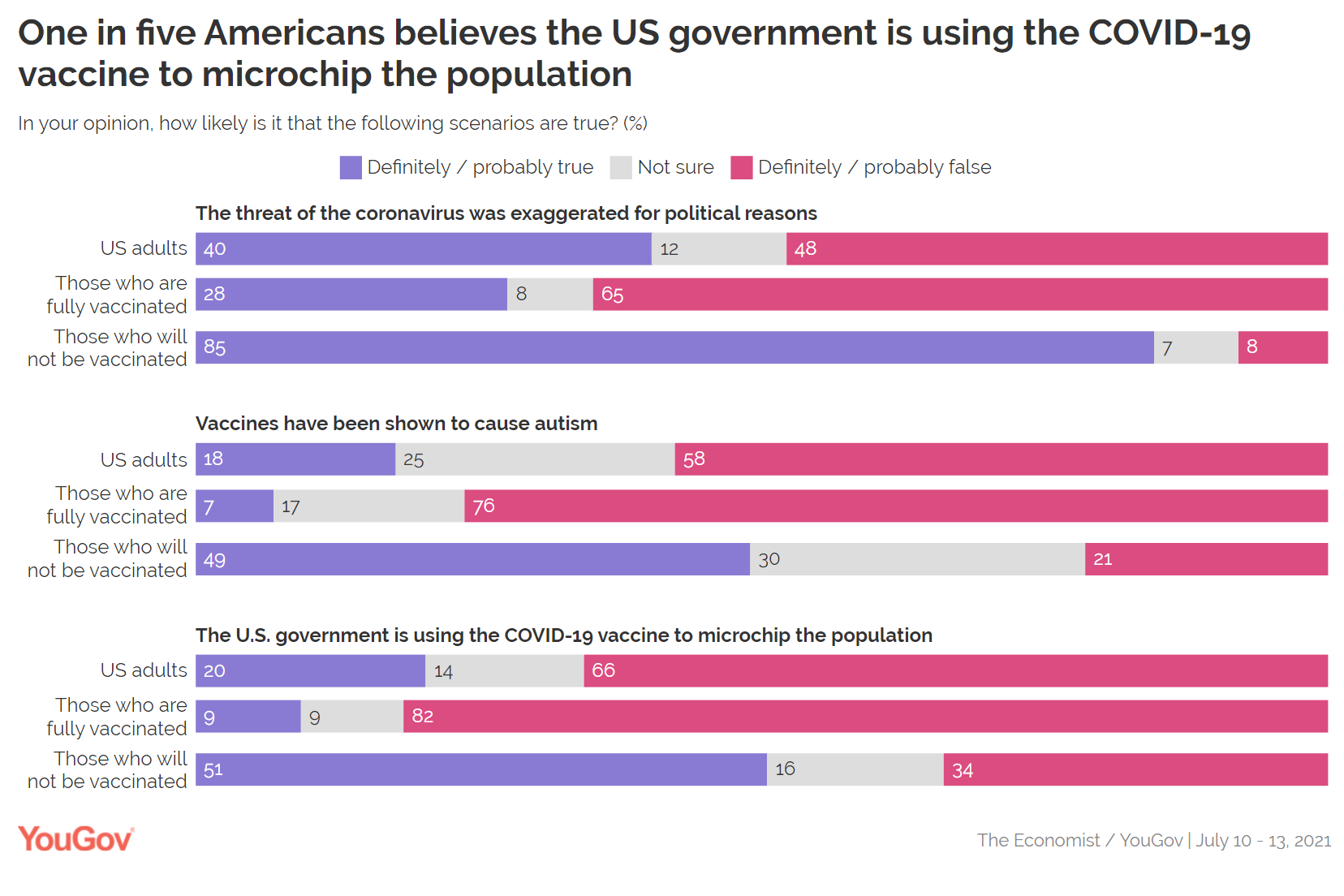 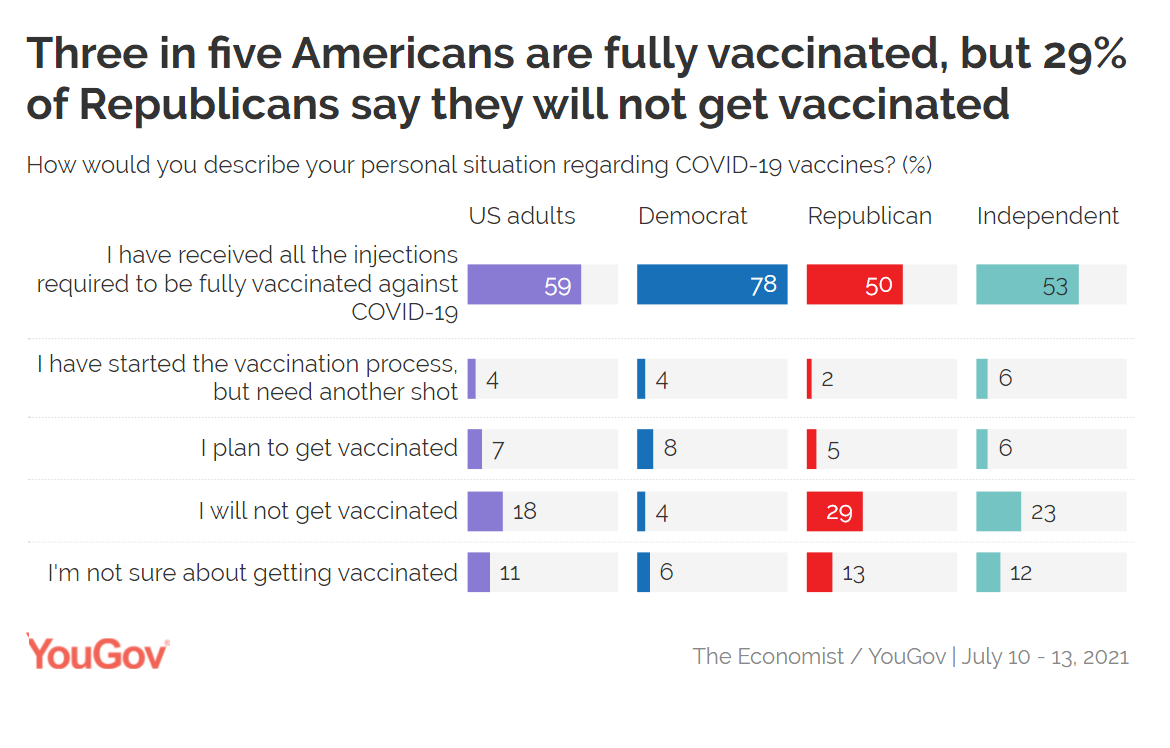 Read next: The Real Cause for the Hostile Discourse on Social Media