This Report Reveals A Remarkable Increase In Daily WhatsApp Users

WhatsApp is one of the most revolutionary apps of the past two decades, and it has become so successful that it supplanted SMS as the text messaging platform that people use. Its parent company Meta has been facing a few hurdles, but in spite of the fact that this is the case WhatsApp only seems to be growing faster with each passing year. New data from a report released by Sensor Tower reveals just how rapid this growth has been.According to this report, 55% of WhatsApp’s monthly active users (MAUs), open the app every single day. With all of that having been said and now out of the way, it is important to note that this data comes from the first quarter of 2022, and it represents a pretty massive 39% increase in daily users. By comparison, Messenger and Telegram, of which only the latter is a competitor since the former is also owned by Meta, only had 16.4% and 15.5% of their users respectively using the app daily.However, WhatsApp might actually be facing some stiff competition from LINE with all things having been considered and taken into account. While this app does not compare in terms of total MAUs, the percentage of MAUs that use it daily are at 45% which is quite close to what WhatsApp has managed with its vast array of resources.One Meta property that has actually been seeing its dominance decline is Messenger. It had a 58% share of daily active users in 2020, but this decreased to 52% by 2022. WhatsApp has also been seeing its market share decrease, going from 28% in 2020 to 26% in 2022 although it gained point from the 25% it saw last year.Much of this loss in dominance can be attributed to the rise of Discord which has seen its share go from a meager 3% in 2020 to an impressive 9% by the first quarter of this year. Users are clearly looking for alternatives, so WhatsApp’s growth might stall as other options become increasingly available which might be more appealing to the younger crowd. 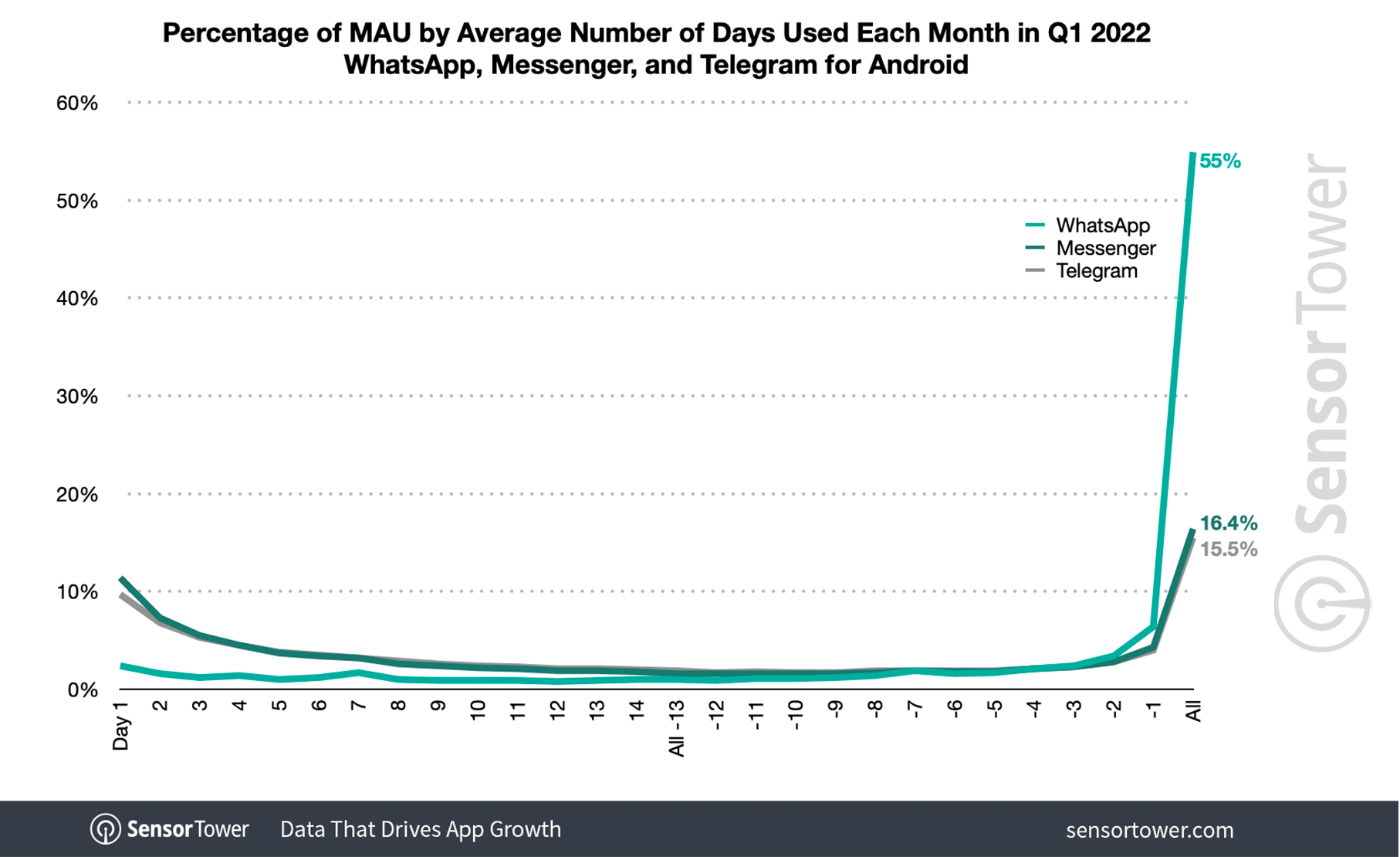 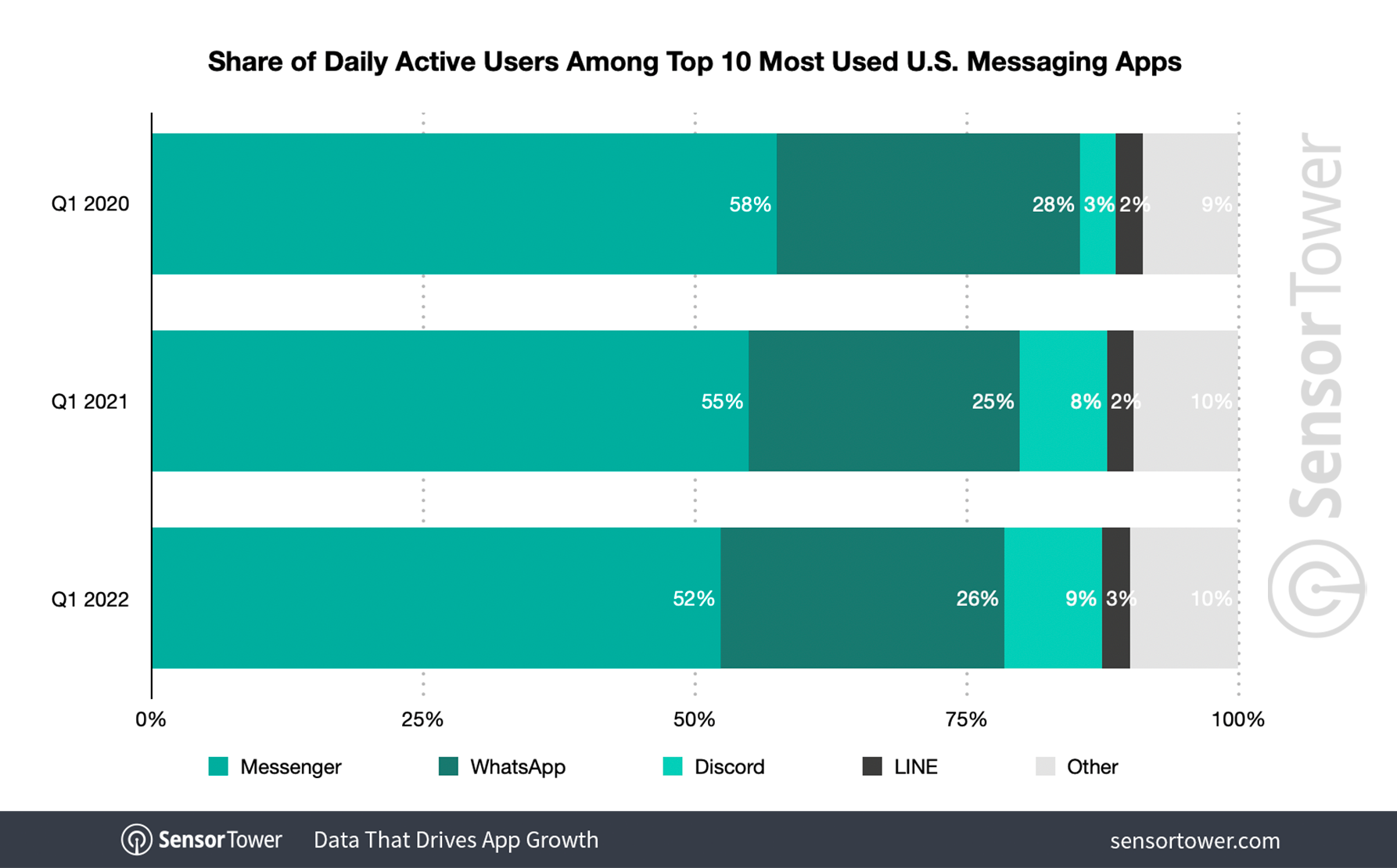 Read next: WhatsApp is about to release an update that enables participants to save the group without notice