Monitoring the apps that ended up receiving the most downloads can reveal a lot about the kinds of trends that are currently prevalent in the tech industry, and for the most part TikTok has continued its ascendancy by becoming the most downloaded app by far across the board. This means that TikTok was the most downloaded app on both major app stores, namely the Apple App Store as well as the Google Play Store if you don’t count game based apps and the like which usually aren’t counted in these kinds of lists since they inhabit a whole separate category.The TikTok app received about 80 million installs in the month of May alone which is pretty incredible when you consider the fact that the app that came in second, Facebook, got only 57 million installs. About 16% of TikTok’s installs came from Brazil, indicating that the social media app is starting to gain an even stronger foothold in South America than it might have had previously. However, it should be noted that TikTok is still a new app whereas Facebook is heavily established, which means that the disparity between the apps is not quite as significant as you might initially end up assuming.While Facebook didn’t rank quite as highly on the App Store rankings, its excellent performance on the Google Play Store made up for this somewhat. About 27% of Facebook’s downloads in May came from India where TikTok recently got banned due to India’s strife with its neighbor China. This is a good example of how geopolitical tensions can end up having a significant impact on how the tech world operates, and certain companies might end up benefiting from these developments in some way, shape or form.Facebook’s underperformance among Apple users was also compensated for by its subsidiary Instagram which managed to nab the third place among both Apple and Google users. WhatsApp, another Facebook subsidiary, got the 4th highest number of downloads on the App Store and the 5th highest rating on the Play Store, so it seems that pretty much all of Facebook’s properties are doing well across the board.YouTube’s usage among Apple users might not be looking good if you check these figures out since the video streaming platform did not rank on the top ten list for the App Store. While the app was the third most downloaded on the Play Store, YouTube’s dependence on its parent company’s ecosystem might not bode well for it in the future and it might indicate that the video streaming platform is having a harder time competing with TikTok than Facebook. This might change the way the social media landscape looks in the future. 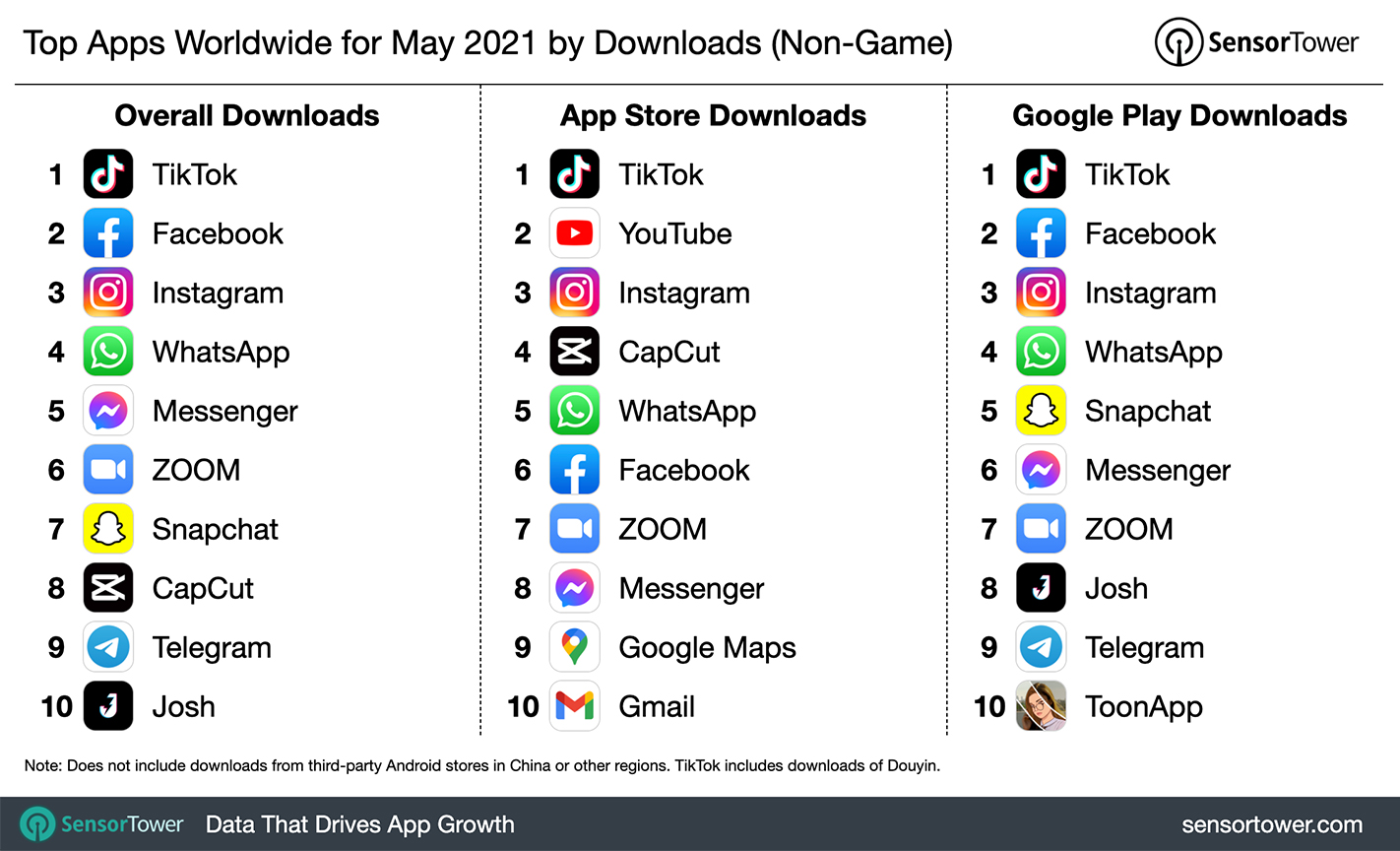