Sensor Tower revealed its list of app revenue estimates for November 2020. According to the report, TikTok is the top-grossing non-gaming app worldwide for the month with more than $123 million in user spending. The revenue increases 3.7 times than the one recorded in November 2019.TikTok’s main revenue comes from Douyin in China, followed by 8% and 2% from the United States and Turkey respectively.YouTube ranked on the second position as the highest-earning non-gaming app worldwide for November 2020. The video streaming app reached a gross revenue of $88 million, which represents 59% year-over-year growth from November 2019.YouTube’s primary revenue of 53% comes from the USA, followed by 11% from Japan.The next in line of top-grossing apps are Tinder, Disney +, Tencent Video, iQIYI, Piccoma, Google One, Netflix and Bigo Live. 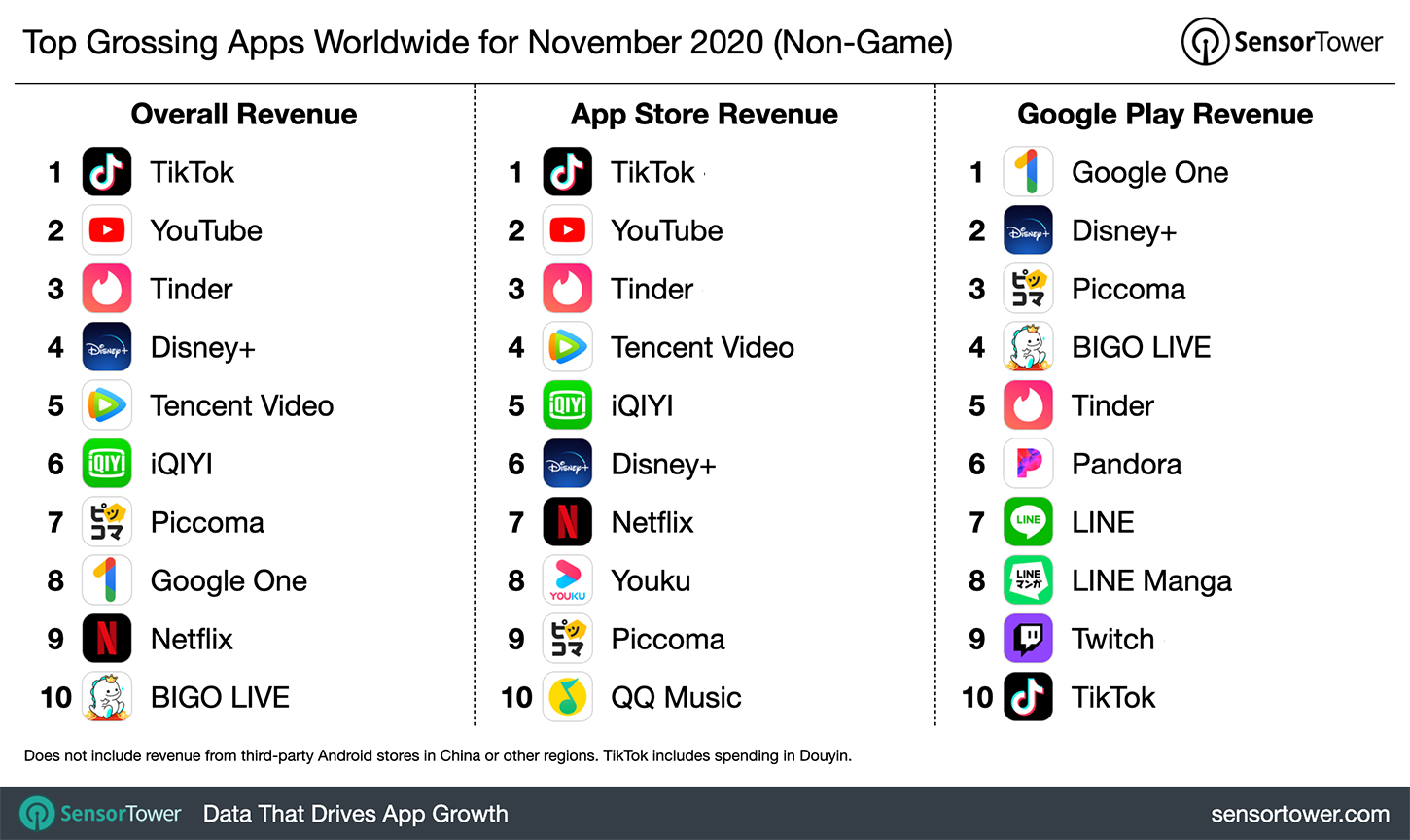 Read next: Amazon, Apple, Google or Microsoft - Who Has the Most Successful App Store?