Twitter is a very famous platform that is widely used by celebrities and political figures. People use the platform to engage in exchanging different empowering ideas and posts with each other, but sometimes, the platform also turns into a cyber battlefield when people start fighting or arguing with each other over different types of disputes. One important thing that has been noticed is that most of these disputes stem from misinforming or misleading posts. And this is another important issue that not only Twitter, but other social media platforms also face. Misinformation and propaganda are the leading cause of most of the arguments turning into heated fights over these social networks, and they are trying to curb this issue as much as possible.Recently, Twitter announced several changes on its platform that are meant to provide a means of safe and fair political campaigns. One such update was that Twitter started showing a prompt warning to the users before they retweeted an article or another tweet that contained misinforming and misleading content.These disputed tweets are flagged as such because of their content that violates the guidelines and content moderation policy of the platform. The purpose of this prompt is to make users halt for a bit, see the content of the flagged tweet or article, verify the authenticity of it by connecting them to links of verifiable sources, and then let them decide whether to proceed with retweeting or letting it go.If you see a prompt for a tweet, you can still Retweet it, but it will continue to be questionable. If you Quote that tweet, Twitter encourages you to add your thoughts or reactions to it, so the chances of blind amplification of tweets may reduce a bit when you realize yourself that what you are Retweeting is not accurate. The straight Retweeting option has been taken off for the time being until the elections for the US users.For a while now, Twitter has already been working on prompts and warnings for users to open the articles and not just look at the headlines and Retweet. The whole purpose is to make people realize that their slight carelessness in sharing information or content over the internet can actually cause a lot of problems somewhere as they may be containing dangerous information. So, Twitter has been trying to make people pause before they leap to careless retweeting, and this is a great initiative.Twitter says that with their latest warning prompts and flagging misleading tweets as ‘Disputed,’ they are trying to limit the spread of misinformation and it goes beyond elections.Twitter has already seen more than 40% of instances of people opening the articles and reading the posts carefully now, after seeing this prompt, before hitting the Retweet or Quote buttons, and this is quite reassuring. 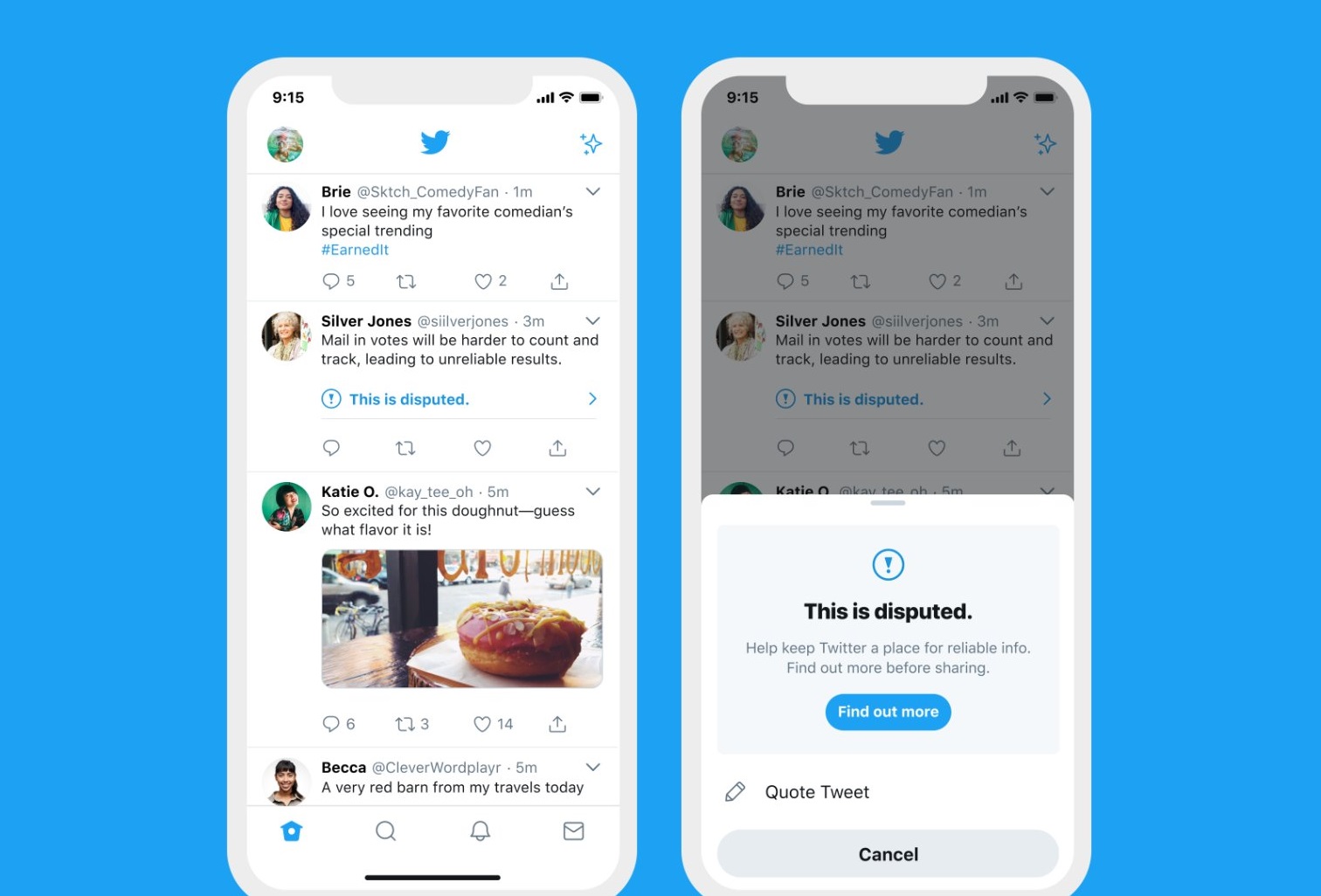