What Are The Most Visited Websites In The World?

There was a time not all that long ago wherein websites were a novel concept, but suffice it to say that things have changed quite dramatically these past few years. Now people visit websites for all sorts of reasons because of the fact that this is the sort of thing that could potentially end up allowing them to acquire information really easily as well as do things like shop online or stay in touch with any friends or family that they might have.It’s quite easy to figure out what the most visited site in the world is, since this is the site that you probably go to in order to locate virtually any other site that you may have displayed any kind of interest in. This site is of course Google’s search engine, and it blows the competition out of the water with the 90 billion or so visits that the site received in the month of November alone, as per Similarweb data. Google subsidiary YouTube came in second with a massive 34 billion visits.Facebook came in third at a relatively low 20.6 billion visits in November which is surprising when you consider that it is the single biggest social media site in the world. However, it rounds off the top three and none of the other sites in the top 10 list have visit numbers in the double digits. Twitter came in at number for with 6.55 billion views in November 2021 which might also come as a surprise because Twitter has a much smaller number of users than Facebook.Another surprising fact is that Twitter managed to beat out Instagram with the latter getting 6.22 billion views, but with all of that having been said and now out of the way it is important to note that this might have something or the other to do with the fact that Instagram users most often check their profiles through the app rather than the website. Hence, its numbers are still quite impressive, although its huge user count makes it a bit of a shock that Twitter was capable of surpassing it albeit by a tiny margin.Baidu, the biggest search engine in China, was the fifth most visited site in the world, receiving 5.49 billion visits. It was followed by Wikipedia which received 5.21 billion visits, Russia’s Yandex search engine which got 3.86 billion visits and Yahoo which is still somehow in the running and got 3.52 billion visits. An arguably unsurprising entry at the tenth spot was the porn site xvideos.com which received 3.22 billion views which makes it the most visited porn website in the world and comparable with large search engines and the like. 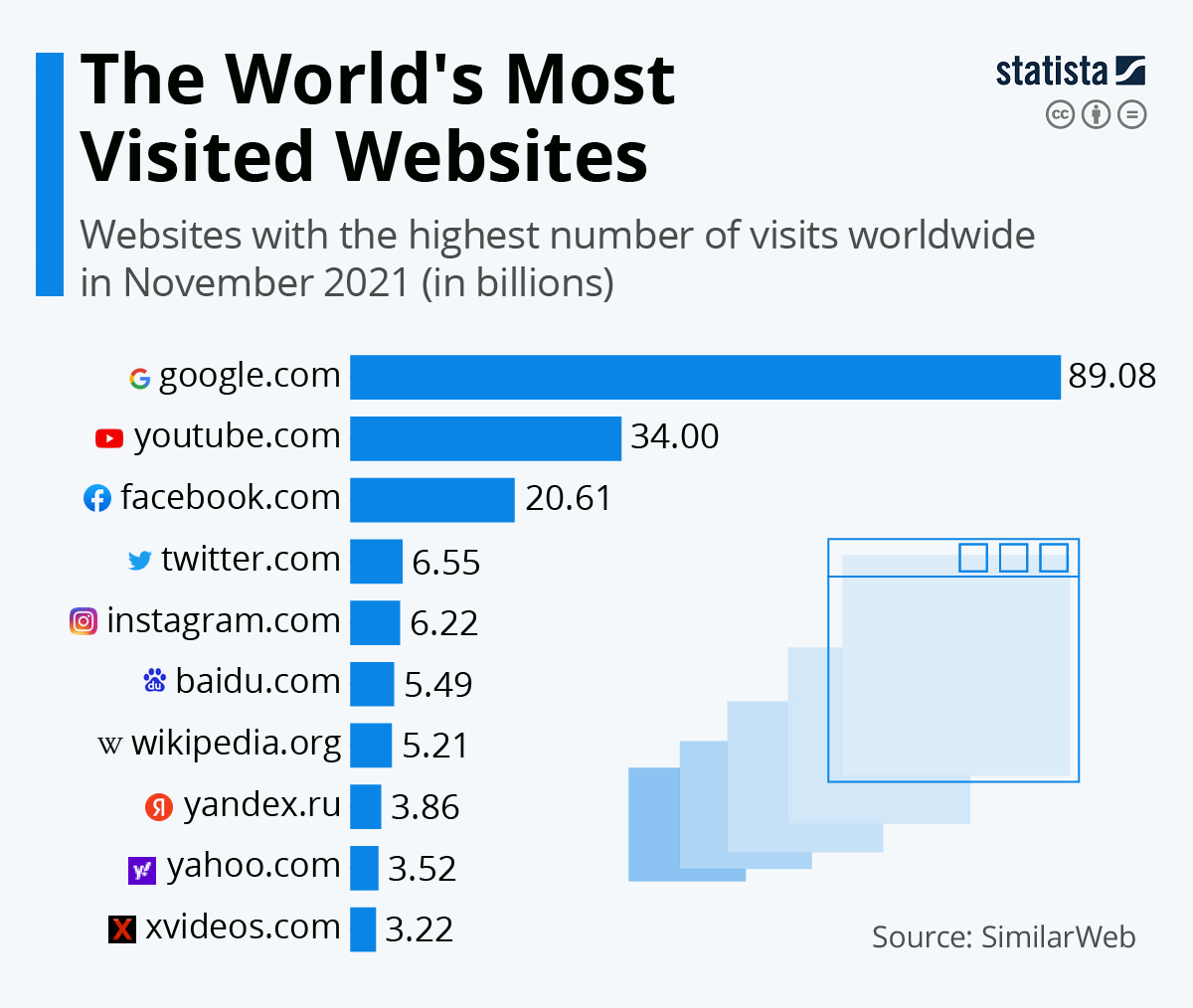 Statista.
Read next: These Are The TikTok's Highest-Earning Stars