What Were The Most Popular New Year’s Resolutions?

The New Year is something that quite a few people end up getting pretty excited about because of the fact that this is the sort of thing that could potentially end up allowing them to get a fresh start in life. A pretty huge part of this fresh start is making it so that you have a new year’s resolution that would enable you to focus your efforts on something that would improve who you are as a person.A survey conducted by Statista has revealed that around 39% of adults in the US have made a resolution like this. With all of that having been said and now out of the way, it is important to note that the number is as low as 27% for the UK which indicates that such resolutions are losing their popularity in those areas and the lack of realism in them might have something or the other to do with that.People are probably already starting to break their new year’s resolutions, and there are a lot of similarities between the resolutions that people might have made in both of these countries with all things having been considered and taken into account. For example, 48% of new years resolutions in the US and 43% in the UK involved exercising more often than one used to, and eating healthier is a big priority too with 44% of resolutions in the US involving that and 43% in the UK.Cutting down on unhealthy habits also seems to be a trend, and it just goes to show that people generally want to make similar kinds of improvements in their lives and the idea that there is some kind of a fresh slate that you can paint your new life on is a tantalizing idea. Actually following through with these resolutions is another matter entirely though!Similarly, 21% of respondents in the US say they'll try to spend less time on social media in 2022, while 19 percent UK consumers will try to do the same this year. 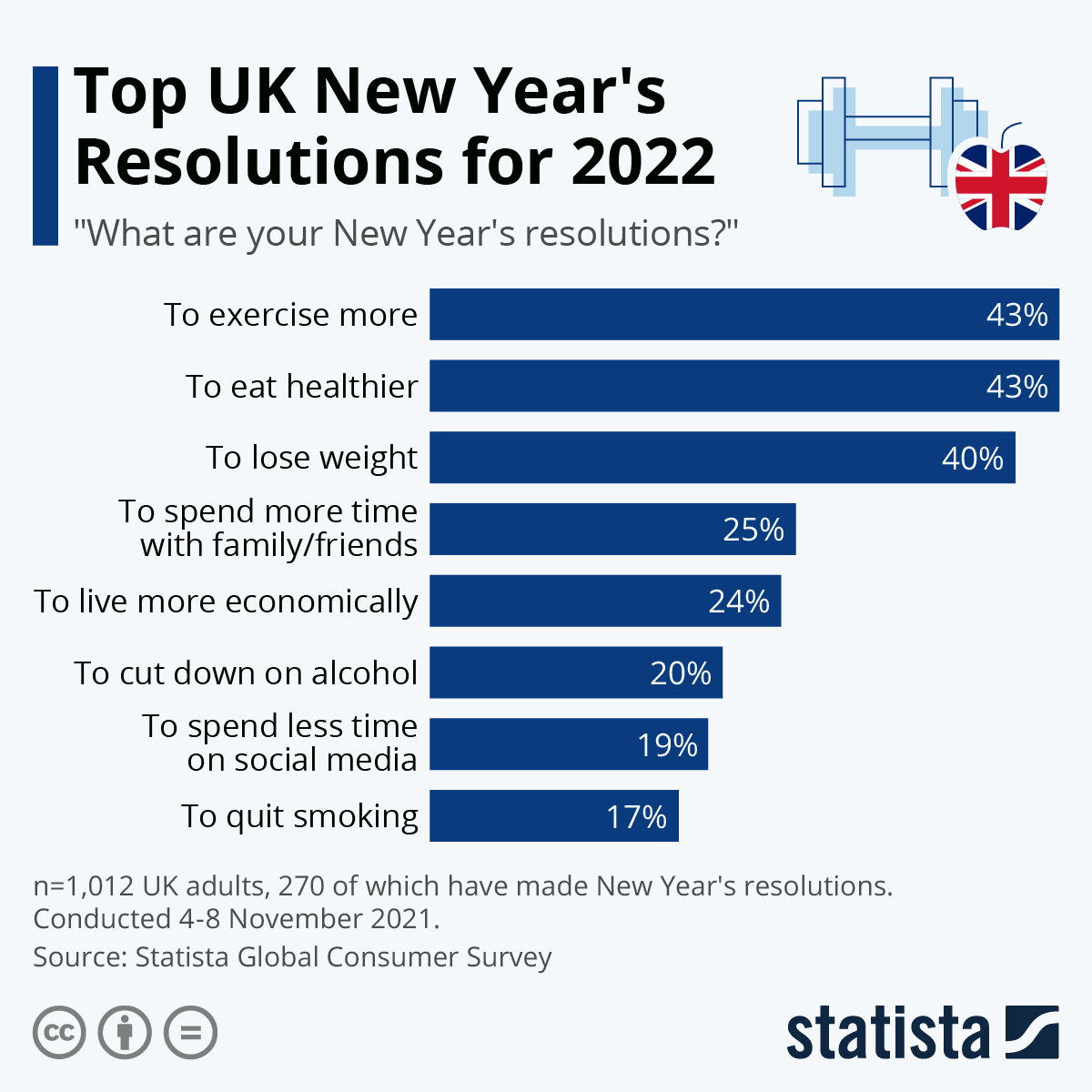 Read next: How TikTok is paying creators hefty sums for content on the application