Facebook owned social media giant, WhatsApp is planning to allow its users to request a report related to the payment information. WhatsApp Pay was initially introduced as a trial version, back in 2018 in India.However, in competition with other Unified Payments Interface commonly known as UPI giants including Google Pay, this WhatsApp Pay did not go well as per the reports from January 2021, which suggested that the use of WhatsApp Pay was at the declining stage as least transactions were made with this app as compared to the other UPI apps. In addition to this competition with other apps, WhatsApp also had to face a strong criticism because of the new privacy policy update and because of all the controversies created after the update was introduced, a large shift of users was seen from WhatsApp to Signal and Telegram.In order to make up for this, WhatsApp has decided to update their Payment system and aiming to improve the overall performance by introducing new features. The new payment report requesting feature was firstly spotted by WABetaInfo, a trusted beta app informer, and according to it the feature is not finalized and is still in progress. WABetaInfo said that this “Request Payment Info” feature is also available in the latest Beta version of WhatsApp.The report that will be generated through the request payment information will have all the payment information of that user. It will be a confidential report since it will be containing banking and account details and not just that but the information regarding the WhatsApp Account from the time of its creation will also be available. And the user can easily share the report within the app or to another app as well.According to WABetaInfo, this generated report will only be available for an hour to download it on the device. And as a security measure, the user will be required to verify themselves, such as with the CPF number in Brazil. Since it is all linked with the WhatsApp Account, so if the user decides to delete or deactivate their account, the report will also be deleted along with that.Just like the whole WhatsApp Pay app that was initially released on trial basis, this new feature is also not available for the general public but the developers are hoping that after the beta version gets successful, the feature will be all set to roll out for both iOS and Android. 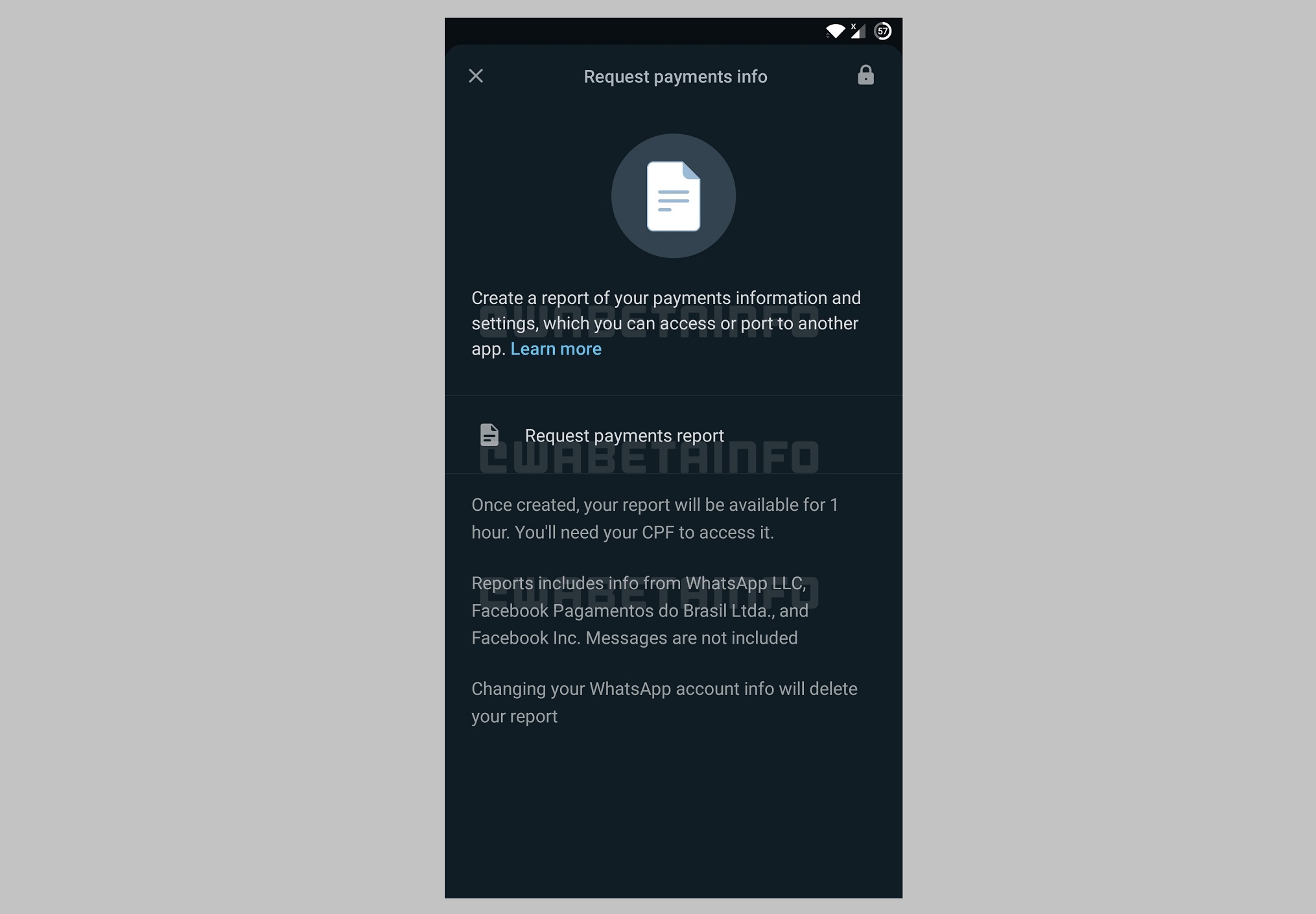 Read next: WhatsApp to Grant Group Members the Access to Control Disappearing Messages in Group Chats