“I was touring so much whilst writing Migration that creating on the road was the only option most of the time,” says music producer Bonobo, real name Simon Green, of his 2017 album. “It’s a valuable headspace to be in too. Being surrounded by experiences and the noise of world is very inspiring, even if it’s not the most comfortable environment.” Released almost exactly five years later, his evocative, feature-heavy new album, Fragments, was created in different circumstances: “I had to find inspiration in stillness for the first time. It was difficult. I needed to leave the house, where my studio space is and take in experiences elsewhere, like the outdoors to kickstart creative momentum.”

The album might have been born in relative stillness, but the sounds and accompanying artworks – photographed by Neil Krug, who worked on Migration – speak to the collective turbulence of the times in which it was written. “If there is any theme or overall feeling to the record it’s transience. The temporary nature of everything. Tides and cycles were a recurring idea. How nothing stays still for long,” Green explains. “When I talked about this with Neil we wanted to visually represent these themes with movement. Whereas Migration was visually about vast landscapes, Fragments tries to capture motion.”

The pair have by now developed a “shared sensibility”, where “web spinning and throwing out ideas” supersedes a brief and pitch, Krug says. Front of mind for him was divorcing the new work from the Migration campaign, where there was a distance between viewer and the scene. He felt the Fragments artwork “should be completely immersive, it should overtaking, there shouldn’t be any space – not necessarily claustrophobic, but the action and the drama should be happening right next to the camera, so that you can’t get away from it. And I think that excited everyone.” He also wanted to get away from the “elemental” characteristics from last time: “It should be liquid and more fluid and everything should move, and just be a little bit more wild and free.” The answer to that was to “take things underwater”.

Most of the artworks were photographed from water-level, submerging viewers in the thick of the action. In Krug’s hands, the waves become sculptural, and water is manipulated into disorientating angles and dramatic arcs. “That’s always the goal: not that you’re subverting the landscape, but you’re trying to take what’s there and make it your own.”

The album cover was chosen as it captured suspense: “There’s something on the horizon that might be of impact, or it might be a light flare, you don’t quite know what it is,” Krug says. “You’re not quite seeing the final moment – it’s right on the precipice of something happening.”

The feeling of motion and fluidity is cleverly carried through to the lenticular special edition cover, where images lap against one another like waves – an idea developed with Mat Maitland, who was the designer on the project.

Shooting locations were in California, where Krug is based, and Wyoming, where his producer’s family comes from, so he could flag areas of interest. The shoots had to be carefully timed to work with the tide and get more “atmosphere”, mainly the late afternoon when there would be “lower sun and the horizon would be more sparkly in the distance”.

The process involved “a lot of underwater housing, a lot of different camera technique things applied, and just a lot of patience really. And a lot of holding your breath underwater! I didn’t rent scuba gear for this which I probably should have for a few of the shots,” Krug says. “It’s funny, I think some people think, oh you’re going to hire somebody to go shoot them, but it’s like no, I have to shoot it – it has to be something that I make.” 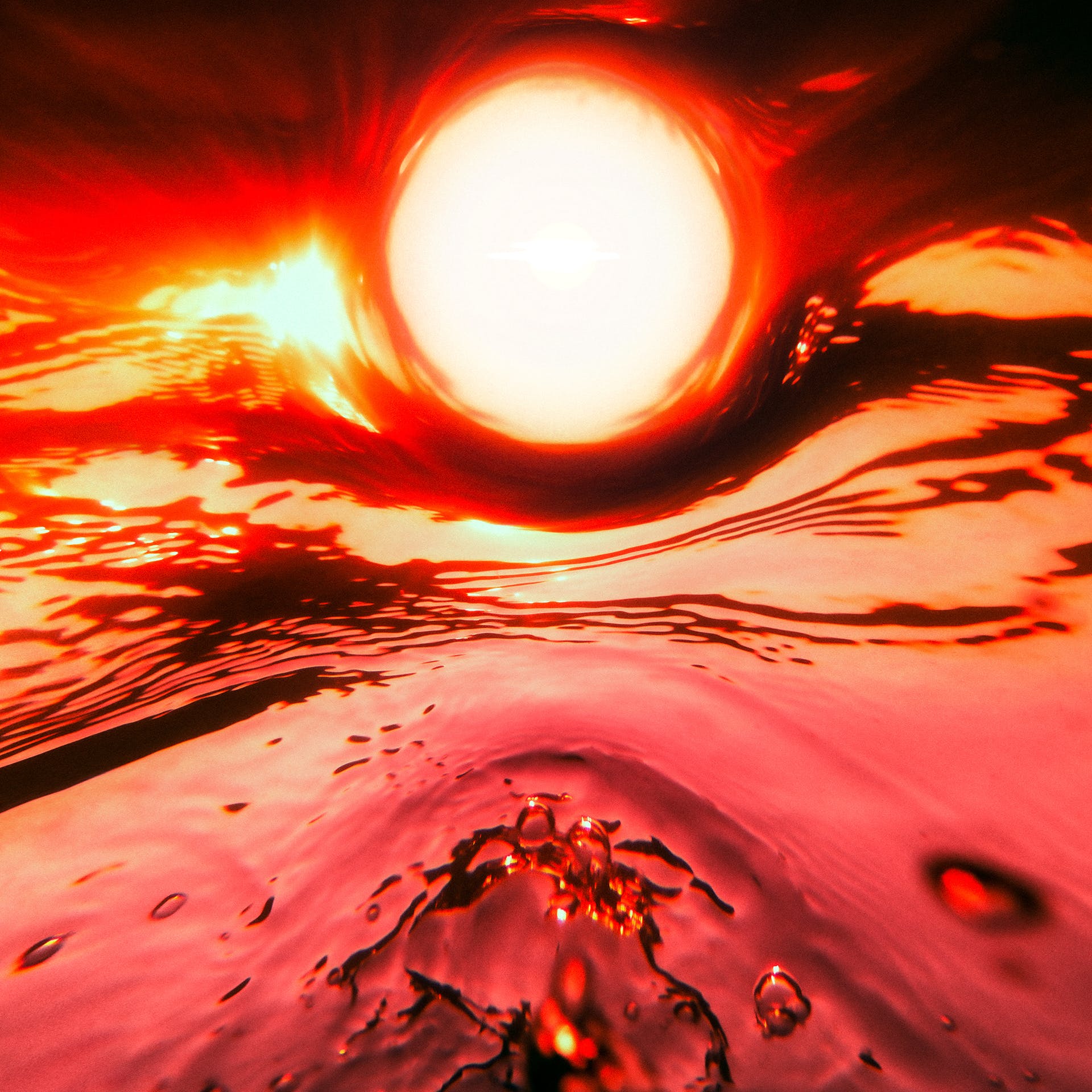 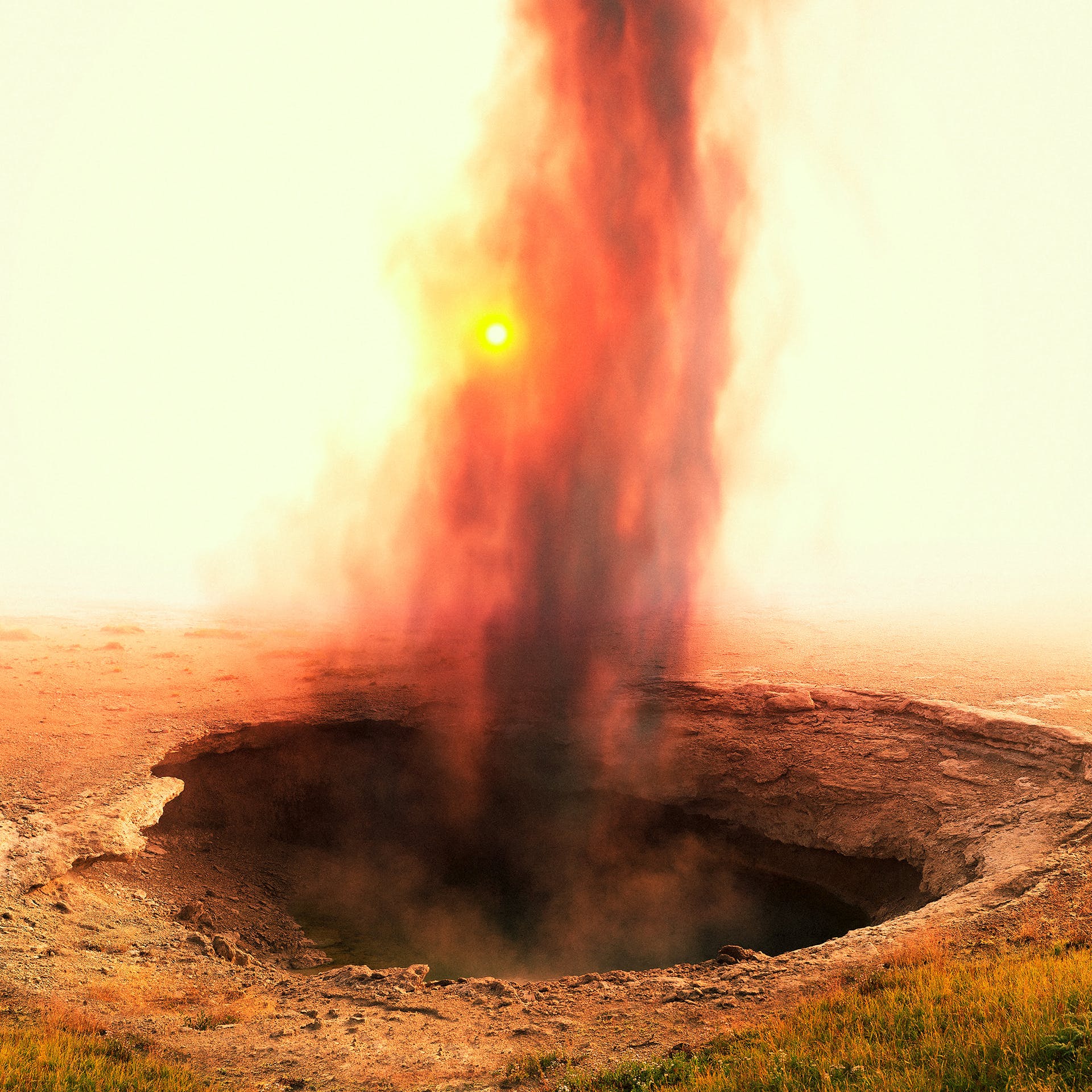 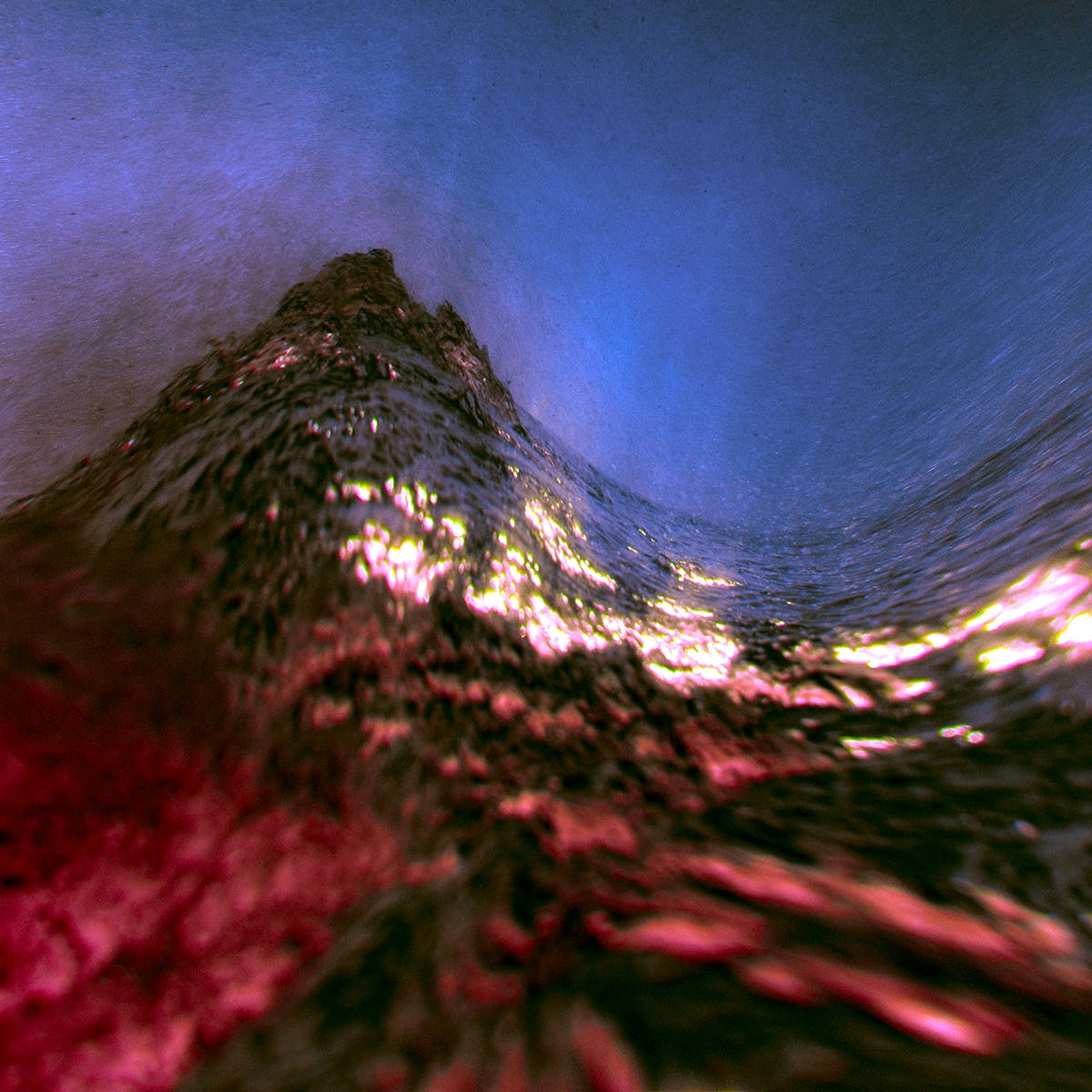 Back in the studio, Krug opted for hyper-saturated palettes filled with burning fuchsias and oranges, and a spectrum of intense blues. “For Fragments, it was very loose and improvisational when I was in the studio. Most of what you see has obviously been completely reversed from how it looked originally. I don’t want to sound pretentious and say the word ‘painting’, but I do sit there with various tools and start adding things and playing with colour, and something will just make me feel a certain way.”

The few photographs of land were also edited in such a way that they appear to float: “Not that anything in the background was that erroneous, it just felt like this [album] needs to be its own film, this is its own character, this isn’t necessarily the sequel – it’s its own thing,” Krug says. “Colour temperature, background, all the information needs to exist in its own universe.”

Fragments is out now on Ninja Tune; bonobomusic.com